As World Bipolar Day approaches, the Nottingham branch of the charity Bipolar UK is preparing to raise awareness of the disorder.

Wednesday 30 March is World Bipolar Day on which people with bipolar are supported and awareness towards the disorder is spread.

Bipolar is a serious mental disorder which is characterised by serious mood swings. People with bipolar can go from extreme episodes of serious excitement to lows of serious depression.

It takes an average of nine years for people living with bipolar to get a correct diagnosis, with 60% of people who have bipolar getting no treatment at all. 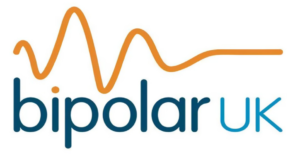 Bipolar UK is a charity which supports people who suffer with the disorder. They work closely with different partners to provide regular research reports and have an e-community with over 10,000 members who all suffer the effects of Bipolar.

“Our mission is to support everyone affected by Bipolar”
Sarah owen, bipolar uk

Bipolar UK will hold an online conference on World Bipolar Day which will involve a variety of different fun activities and workshops lasting all day.

The charity’s aim is to urge members of the public to use social media to help share information and get the events hashtag #worldbipolarday trending number one.

Audio: Sarah Owen talking about Bipolar disorder and how it has affected her

Sarah and her cousin Amanda Saunders have written a book Bipolar Disorder – The Ultimate Guide, recognising the symptoms of bipolar and explaining how to support family members who struggle with the effects. The pair have both had family members who have been diagnosed with bipolar disorder. 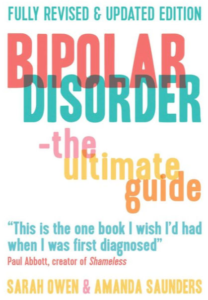 Bipolar UK was founded in 1983 after two women reached out to the Guardian newspaper about an advertised survey on bipolar which then was referred to as manic depression. The charity continues to support those affected and with their continued partnerships with other charities Bipolar UK has previously won charity of the year.

The charity has links and partnerships with various academic groups that conduct and look into the causes of and treatments for bipolar disorder. Bipolar UK conduct reports about self-management, diagnosis and the impact the Covid-19 pandemic has had on people who suffer with the effects of bipolar.

If you struggle with bipolar disorder or suspect you are experiencing any symptoms visit https://www.bipolaruk.org/  or call 0330 323 3880.