A fanatic of the television show The Simpsons secured his dream job when he was selected to watch every episode of the series for which he would be paid £5,000.

Alex Townley had to watch all 717 episodes over a three-month period to look for events which might come true.

Advertised on LADbible, the job went viral within 24 hours, attracting over 53,000 applicants.

Forecasting the future may seem an unlikely feature of a cartoon TV series, but The Simpsons proved it has a knack for prophesies.

From their prediction in 2000 that Donald Trump would become president to their depiction of virtual reality headsets back in the 1990s, it would seem the show’s writers are always one step ahead. 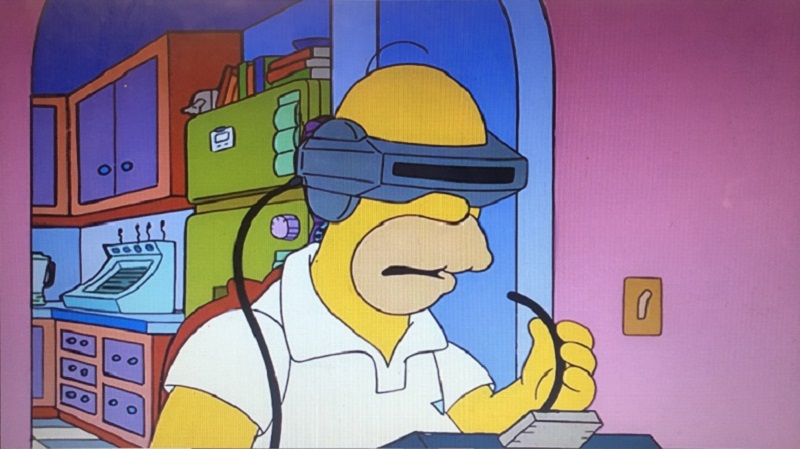 The Simpsons S11 E17: Bart to the Future

Getting paid to watch your favourite show may sound ideal, but the process is perhaps more rigorous than one would expect.

Set up in the extension of his parents’ home, armed with a paper and pen, Alex went through every episode with a fine-toothed comb to collect data for his employer.

“It’s not a case of just chilling out and watching it, it is actually sitting and analysing it – picking out all of the fine details.”

The task was set by platincasino, who want to use the predictions on future global events that Alex finds to create bets within their online casino.

The Mansfield-born 26-year-old says he has always felt connected to the show, proudly boasting that he even shares a birthday with Homer Simpson.

As someone who grew up watching the show, Alex says he appreciates now more than ever how “of the time” the comedy was in the earlier seasons, specifically seasons two-nine, which he refers to as The Simpsons’ “Golden Era”. Those are the episodes he enjoys watching now more than ever.

Audio: Alexander Townley on how The Simpsons has changed over time

However, there were times when the self-confessed die-hard fan found it isolating to be so committed to watching the show.

Alex is also unable to share any of his potential predictions with anyone until the casino decides to release them.

Overall, he reflects that the experience was both eye-opening and tiring, although he did still confidently assert that he will enjoy watching The Simpsons for many years to come.