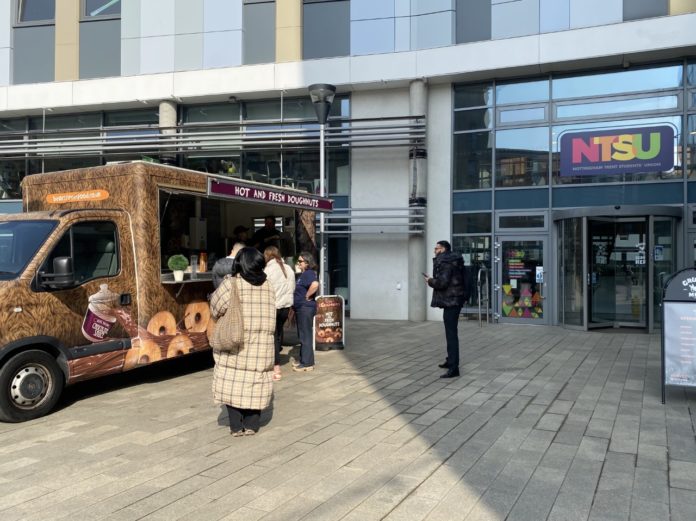 Buying alcohol and getting into nightclubs in Nottingham may soon become a lot easier for people after an app was introduced as a new form of identification.

Fujitsu’s Digital Proof of Age Verification trial is opened to Nottingham Trent University students and staff who own an Android and are over the age of 18 with an e-passport. The scheme started on 10 January and ends on 1 June.

Users of the app, Verify, must scan their passports to confirm their details in order to complete their digital ID automatically on their phone. The digital ID system has been created as an alternative to bringing a physical ID out and about – potentially risking losing it. This use of AI-powered verification could mean that drivers licences and passports may be replaced by 2023.

Through Monday 21 until Tuesday 22 March 2022 from 11am to 3pm, free bags of doughnuts were handed out to those who have registered and downloaded the app, at the NTSU buildings at City and Clifton campuses.

By taking part in the trial, prize draws and food and drink discounts are also available when people use the Digital Proof of Age app to verify their age. 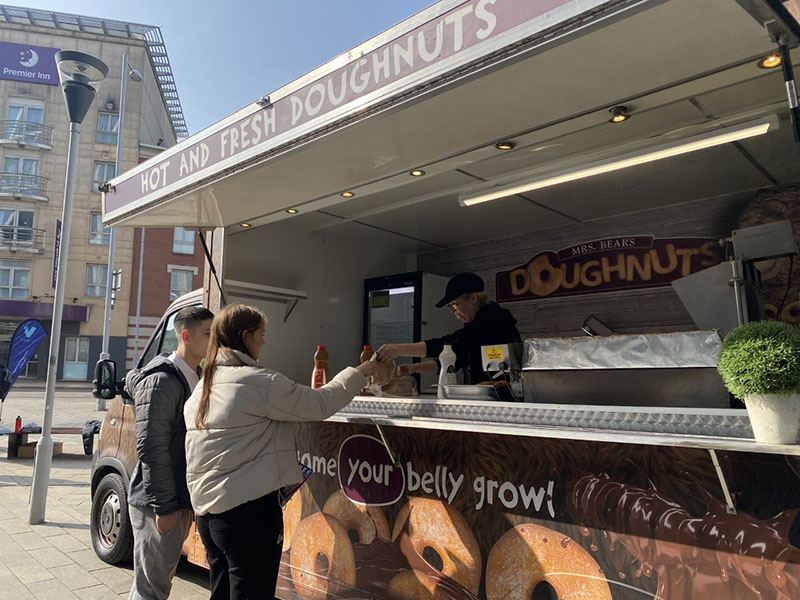 The senior project manager at Fujistu, Emma Leverick, hopes the research and evidence produced will help prove to the government that “it is safe to use” and “doesn’t cause trouble if people are using it so that eventually everyone will be able to use it in their day-to-day lives”.

Audio: Emma Leverick from Fujistu talks about what the trial entails

The app is free and available to use at Nottingham Trent Students’ Union buildings on campus venues like The Point bar, The Level and The Loft.

It can also be used at shops at both City and Clifton campuses and three other Nottingham City venues – All Bar One, The Three Crowns and O’Neill’s.

“there is an app being developed for Apple users to eventually use it but for the purposes of the trial, it’s only open to Android users”.

Android users are able to locate the app on Google Play.

Another promotor of Verify, Olivia Anderson, said: “There is an app being developed for Apple users to eventually use it but for the purposes of the trial, it’s only open to Android users.

“This is because Google Play Store is easier and quicker to make the app accessible to members of the public wanting to be involved in the trial and eligible.”