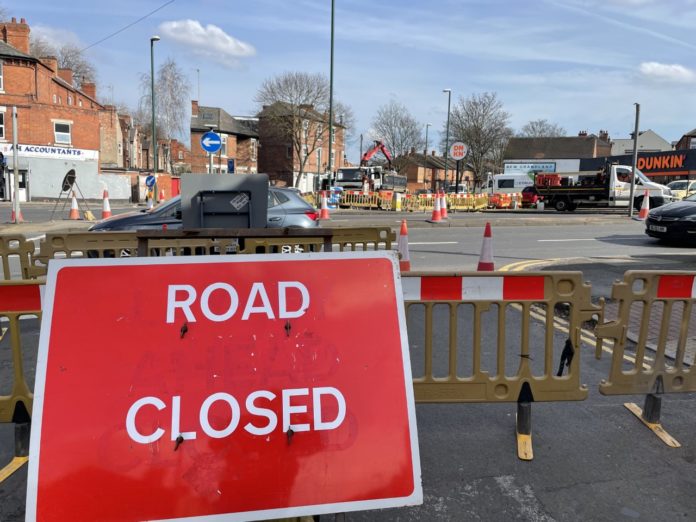 Residents living in Nottingham city centre and Radford are getting concerned over new roadworks expected to last up to nine weeks.

The junction at Alfreton Road/Gregory Boulevard is usually busy, but with the new temporary traffic lights and expected road closures, the following weeks will see increased congestion to locals.

Signals will be replaced as a part of the change, alongside pedestrian crossing and software upgrades to benefit Nottingham City transport buses.

The new software upgrades will be programmed to match the bus timetable. However, if a bus is running late the lights will change to prioritise it.

“During the upgrades we are working to minimise disruption”

“During the upgrades we are working to minimise disruption.

Lane closures will only take place outside of peak times, and our traffic control centre will monitor the temporary traffic lights to keep traffic moving.”

Lane closures will be limited to off-peak hours, from 9:30am to 3pm.

Other work has already taken place on Nuthall Road, Mansfield Road and Ilkeston Road to make the same signal improvements to the bus service.

Toby King, a student living in Radford, drives through the junction multiple times a week. He explained how it has already affected him on the first day the works were introduced.

“I got stuck in ten minutes of traffic and the journey only usually takes five minutes.”

He also explained “effort is always being put into public transport improvements whilst cars are left waiting at temporary traffic lights all over the city.”