BAFTA-nominated actor Stephen Graham may have missed out on the 2022 award for best leading actor but on that very evening he received praise from Peaky Blinders’ fans all over the country for his performance in the series.

The actor, who lives in Ibstock, a short distance from Coalville, made his first appearance as Hayden Stagg in episode three of the final season of Peaky Blinders.

Fans of the show are hoping to see more of the character throughout the rest of the series after a scene between him and Arthur Shelby (played by Paul Anderson) that left many in awe because of its emotional content. 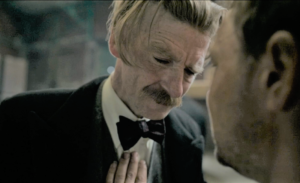 Some fans took to Twitter to show their support and spread their praise.

We need more of Stephen Graham in this series. Absolutely phenomenal. #PeakyBlinders pic.twitter.com/grTAThXPNg

He is mostly known for his role of Andrew “Combo” Gascoigne in the film This Is England and its following TV series.

Some of his other roles in films include Tommy in Snatch and Dick James in the Elton John biopic Rocketman.

Over the years he has starred in many television series such as Line of Duty, Little Boy Blue and Time. 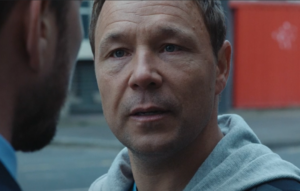 Stephen Graham lives with his wife, actress Hannah Walters (who starred beside him in Time) and their two children in Ibstock.

He relocated to the village after he was involved in a near fatal attack as he left a pub in Liverpool with his father and wife.

A gang of men struck his father with a knuckleduster and would have run Graham over in their car had his wife not pulled him to safety.

She was also hurt in the attack and was left with scarring on her leg. He made the decision to move in fear of his family’s safety.

“We are proud that he has chosen our village”
Carl Bellchambers

He appeared in the music video for Sam Fender’s single Spit Of You which was filmed in the village, including in one of its chip shops.

He is well recognised by the locals for supporting charity events such as fundraisers and handing out football kits at the nearby Heather Primary School.

Carl Bellchambers, an Ibstock resident and Peaky Blinders fan, spoke of the village’s pride: “We are proud that he has chosen our village.”

Carl Bellchambers speaks about Stephen Graham’s contribution to the community

In 2021 Syston’s Knitting Banksy paid tribute to the actor in one of her many creations.

The mysterious knitter is known for leaving her creative works, like her pillar box toppers, over Leicestershire.

She decorated a pillar box on Ibstock’s High Street with knitted versions of Graham’s characters.