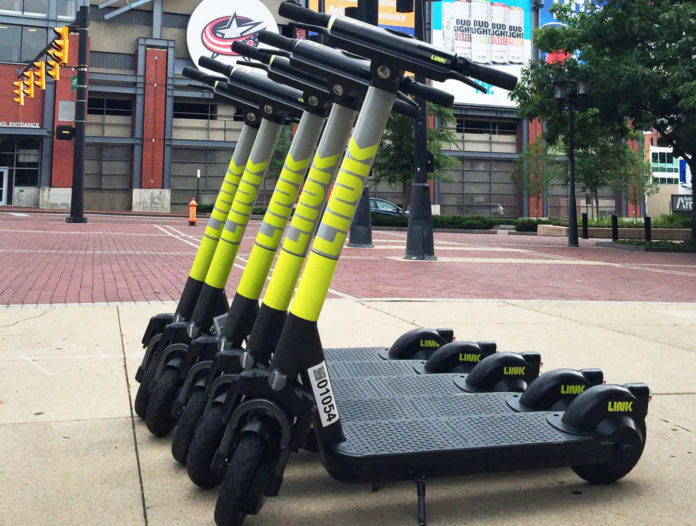 Customers of Nottingham’s E-scooters should expect to see new changes coming to the trial, including a potential “unlock fee”.

This new charge means that riders across Nottingham will have to pay as little as £1 extra to their journeys to be able to access the scooter before even using it. However, this price has not been specified.

This announcement is thought to help Nottingham’s aim to become the UK’s first carbon-neutral city by 2028 by reducing the number of small journeys by car in and around Nottingham.

The company which runs the e-scooters, Superpedestrian, has said this new cost is not to get rid of customers but to get rid of unnecessary journeys being made on them.

Audio: Ross Ringham, director of communications at Superpedestrian, talking about what the unlock fee aims to do

The price at the moment for a 15-minute ride on a scooter is £1.80 compared with other trials across the country where the cost goes up to around £4 in cities such as Birmingham.

The e-scooter company has said even if the unlock fee plan goes ahead, the price of travel on a scooter in Nottingham will still be 50% cheaper than programmes around the UK.

Ross Ringham, director of communications at the e-scooter company, said: “We’re still very keen to have the scheme be affordable so that as many people as possible can use it.”

He added that if the change should come into place the riders of this mode of transport would be given warning as to when this will happen.

The e-scooter trial was put in place in December 2020. Since then, 750 scooters have been introduced into Nottingham and “people are using them more often than they walk”, according to Mr Ringham.

Superpedestrian says the unlocking fee aims to put a stop to pointless travel so that only  journeys of 1.5 to 2 miles use the scooter and create an incentive for people to walk instead of ride.

Since 2020 the company has been making changes to get the usage of the scooter just right, and by the end of the trial in November 2022 hopes to make the e-scooter a permanent part of public transport.