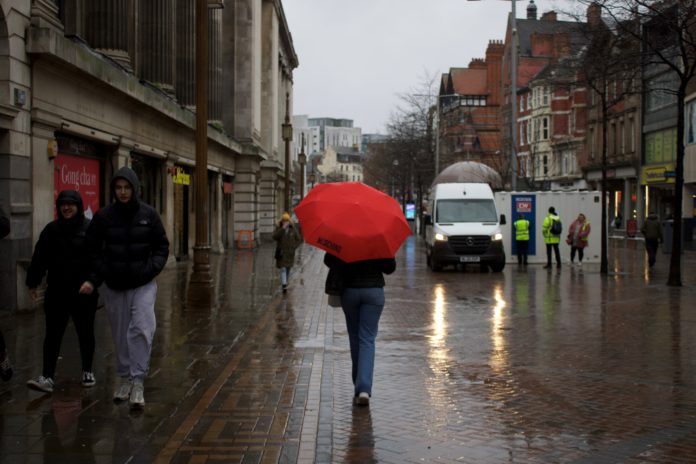 Nottinghamshire Fire and Rescue Service had a “large number of calls” due to the storms and have said that “luckily” there were no major incidents or casualties.

According to Damien West, area manager of Nottinghamshire Fire and Rescue Service, most of the damage included chimney pots and roofs collapsing as a result of trees falling on houses. There were also reports of trampolines hitting houses and loose furniture from gardens.

The MET office issued a yellow weather warning for wind in Nottingham. The warning was issued at midday on 20 February and lasted until 1pm on 21 February. The wind reached speeds of up to 53mph over the two days.

Storm Eunice caused falling trees and flooding. Storm Franklin took over and continued to damage the county in the same way.

Mr West stated that any damage caused by Storm Eunice had been “made worse by Storm Franklin”.

People took to Twitter to share the destruction of their land and property caused by Storm Franklin.

My weighted plastic greenhouse has blown over, trellis completely destroyed, fence panel won't be here much longer and trams disrupted but hey, as Nick Robinson just said, it's just a bit of wind 🤷

The aftermath of Storm Frankin: Because of the strong winds, the toppling over right from the routes into the pathway in the Sunken Garden of a Red Oak Tree, which was tree number 55 on Woodthorpe Park's Tree Trail. pic.twitter.com/lm71SwTvjS

According to the government website Storm Franklin caused flooding across Nottingham which led to disruption to public life.

There were major public transport issues due to flooding, with the Queen’s Drive park and ride closing for the day on 21 February and train operators urging passengers to delay  travelling.