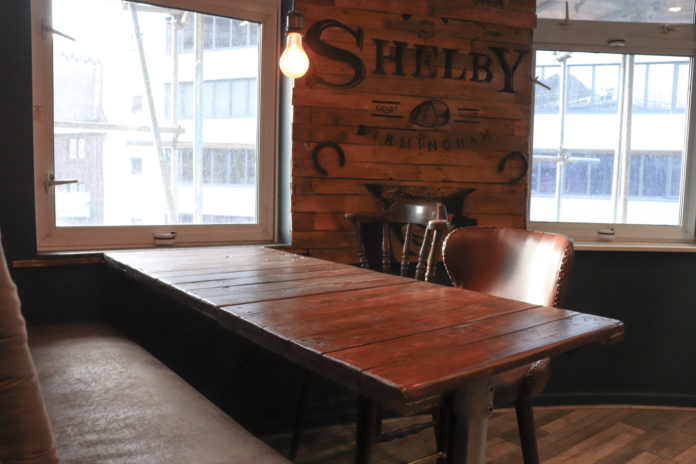 The Ned Ludd pub in Nottingham is among the many counting down the days until the final series of Peaky Blinders.

The Birmingham gang are back on television screens on Sunday, 27 February and The Ned Ludd is preparing to celebrate the much-loved show in style.

The series is based loosely on a real Birmingham gang in the early 20th century and follows the leader and main character Tommy Shelby, played by Cillian Murphy.

The Nottingham pub’s owner is a huge fan of the BBC show and set up a themed function room on the third floor of the pub several years ago.

The room is decorated in the style of the show and can hold around 50 people for parties and celebrations. The pub also offers a selection of Peaky Blinders themed cocktails.

“It’s grown busier and busier. We book it out most weekends, Fridays and Saturdays being the busiest times, occasionally times in the week as well though,” said Charlie Haspey, the pub’s bar manager, who said even though the show is not on the room has been in demand.

The pub is on the corner of Friar Lane in Nottingham’s city centre, opposite the Kitty Cafe, and serves a range of draught beer and ciders as well as its themed cocktails and spirits.

The sixth and final series of the show is expected to have six episodes and close the story as World War II approaches and Tommy Shelby battles his many foes including Oswald Mosley, the leader of the British Union of Fascists in the 1930s.