A Nottingham charity is helping drug and alcohol users from the black, Asian and minority ethnic community (BAME) to reclaim their lives.

Right in the city centre, BAC-IN has been supporting addicts nationally to beat substance abuse.

To focus on Nottingham residents, the charity derived the “make it happen” project.

This delivers talks within community organisations and religious institutes. 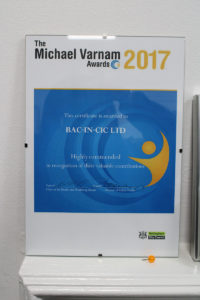 BAC-IN was set up in 2003 by a group of recovering addicts.

They were highly commended in the Michael Varnam awards in 2017 for their “valuable contributions” in tackling issues in the drug field that were previously overlooked.

Whilst most services work on harm-minimisation, BAC-IN prioritises helping users to stop and stay off drugs.

Working closely with local GPs and carrying out mental health screening, they are able to support their clients.

Unlike other recovery services, BAC-IN recognises the cultural factors that contribute to substance abuse.

They take a holistic and culturally tailored approach to recovery with weekly group meetings, one-to-one mentoring and recovery coaching.

Lasting recovery is key in ensuring those suffering from substance abuse can go on to become productive members of society.

BAC-IN is located on Huntingdon Street and has been able to support many people across the UK on the road to recovery.

David Thomas: A senior recovery worker, talks about having a virtual presence post-pandemic.

Mr Thomas added that alcohol misuse had proven to be a bigger issue to tackle in the UK as it was not often viewed as a problem. With it being legal, many deemed its misuse as normal.

The charity hopes to do more work with Nottingham universities to manage drug misuse amongst students.