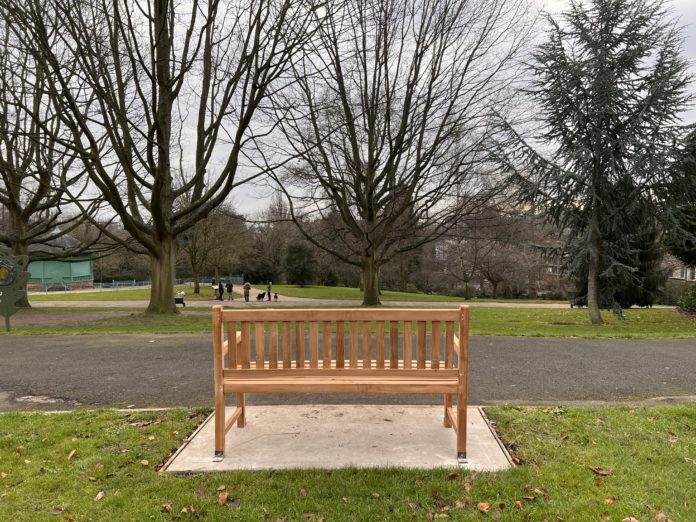 After Life, the hugely popular Netflix series, which explores mortality and grief, is offering Nottingham residents a space to share their struggles.

The ‘hope is everything’ bench looks to support those struggling with mental health, and offer a place for people to talk and reflect.

Two benches have been installed in Nottingham, one of them at the Arboretum, just a five minute walk from the city centre.

A second bench is in Highfields Park near the University of Nottingham.

There is a total of twenty five benches all over the UK, funded by streaming service Netflix and suicide prevention charity Campaign Against Living Miserably (CALM).

The bench offers a QR code, which takes you directly to the CALM homepage.

The plaque reads: “Life can be tough, but there’s always hope. CALM is by your side”.

An ambassador from NTU’s Student Mental Health Champions says the initiative is important for the Nottingham community.

Ricky Gervais said he hopes the benches will create a lasting legacy for After Life, as well as a place for people to visit.

Together with @theCALMzone, #AfterLife & @NetflixUK have donated 25 benches to councils around the UK. Visit CALM for more info https://t.co/mRPdRztLP5 #AfterLife3 HOPE IS EVERYTHING

Jessica Arnott, a student at Nottingham Trent University, who struggled with a family loss during lockdown supports the initiative.

The third and final series of After Life has just been released on Netflix.