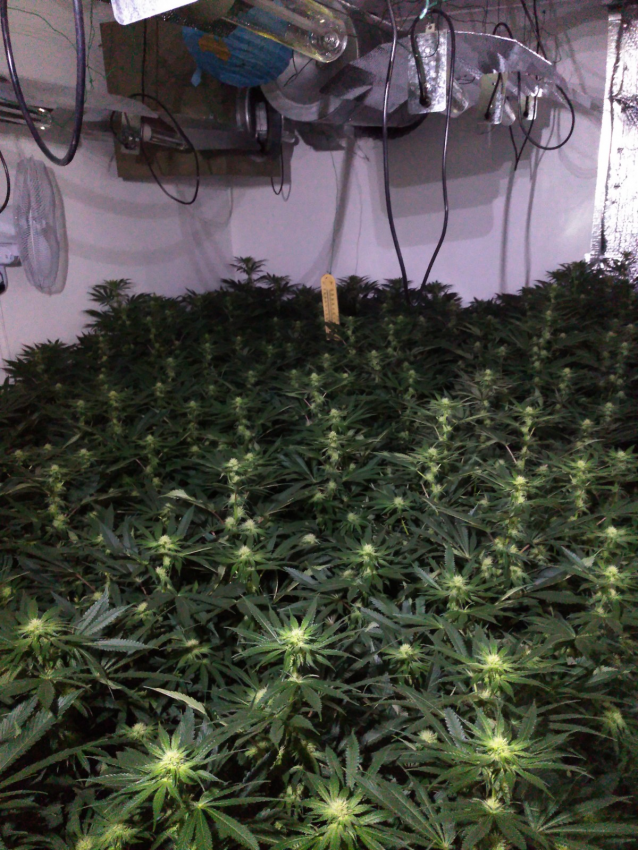 A house has been raided and seized of 600 cannabis plants in Nuthall, where a teenager was caught hiding in the loft.

The 18-year-old was arrested on suspicion of production and cultivation of cannabis. The plants were spread over all seven rooms of the house. This made a place for 600 plants to be stored.

The semi-detached house, based on Mornington Crescent in Nuthall, had been raided and thoroughly searched on the afternoon of Thursday, 3 February. The raid had come from the landlord calling in builders to the property. The electricity system had also been bypassed. Police officers from Broxtowe were called in to seize the property.

Cannabis is a Class B drug, meaning it is illegal to possess, sell, distribute or grow in the UK. Any person caught with the drug risks a five-year imprisonment, unlimited fine, or both. People in possession of quantities under one ounce can either be issued a warning or an on-the-spot fine. It remains illegal to smoke weed anywhere in the UK, including in your own home.

Inspector Mike Ebbins, of Nottinghamshire Police, said: “I want to reassure people that we will continue to act on feedback and intelligence we receive from members of the community as well as working closely with our partners to reduce criminality even further.

“A sophisticated cannabis grow consumed the entire property and it was only by carrying out an extensive search that the hiding suspect was found.

“Drugs wreck lives and their use and supply have a negative impact upon communities which is why the force takes drug-related crime so seriously.

“The cultivation and sale of cannabis can often be linked to wider organised crime and other serious offences like human trafficking, modern slavery or county lines.

“Not only that but cannabis growing can also be extremely dangerous due to the fire risk, especially if people are living in adjoining properties.

“We all have a role to play in keeping our local areas safe from drug-related crime which blights our communities and as force we will continue to pursue those individuals responsible.

“If something doesn’t seem quite right it more than likely isn’t, so please report it to us.”