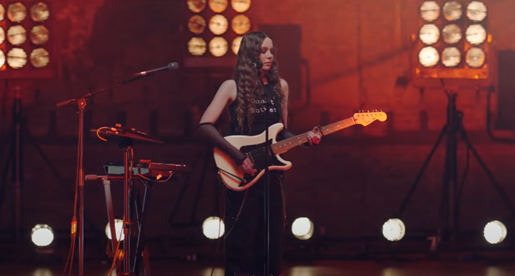 Lincolnshire’s Holly Humberstone is set to perform at the 2022 Brit Awards.

Excitement is in the air this year as the awards were postponed in 2021, and could only host limited numbers of live audience members due to the COVID-19 pandemic.

Holly Humberstone of Grantham will perform after her rise to success at the Glastonbury Festival 2019.

Humberstone performed Scarlett from her EP The Walls Are Way Too Thin on The Tonight Show With Jimmy Fallon on 13 October 2021. On 9 December 2021 it was announced that she had been awarded the Brit Award for Rising Star, which marked her as a promising new artist to watch.

Having previously studied at the Liverpool Institute for Performing Arts, and having been a violinist for the Lincolnshire Youth Symphony Orchestra, Humberstone is a seasoned performer at the at the age of 22.

The young star is booked to be the opening act of the second half of Olivia Rodrigo’s debut concert tour of North America, The Sour Tour, as well as opening for Norwegian-born Girl In Red’s Make It Go Quiet Tour.