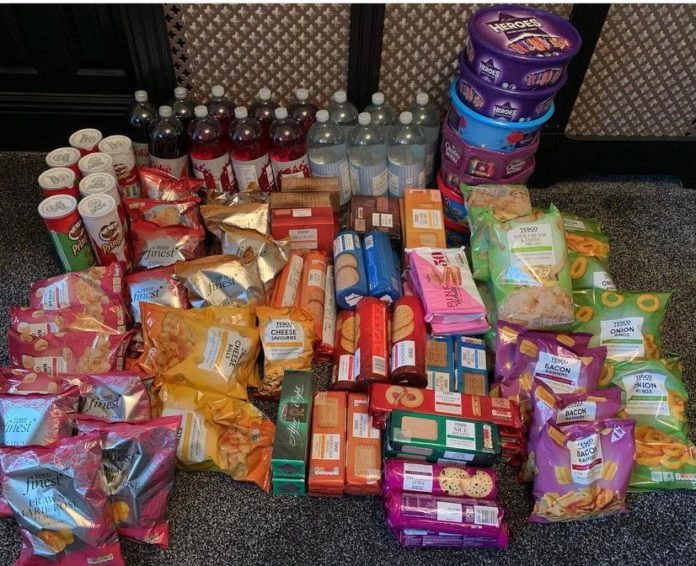 Seeing an increasing need, a Leicestershire woman has stepped up her charity efforts, helping not one, but three different causes.

Katrina Underwood, 52, from Barlestone, believes in small acts of kindness.

Katrina’s latest effort saw her raise £135, which allowed her to donate two car boots full of food to help the Park Lodge Project in Clarendon Park, as well as supporting Help the Homeless Leicester, and a Christmas Dinner Day at a Working Men’s club.

The mum of two has been donating food and helping young homeless for the past ten years, but this past Christmas she went the extra mile to ensure people had food on their plate.

Her motivation was for people who could not afford Christmas Dinner, to still be able to enjoy a festive treat.

“I do think the majority of us are very lucky, so I do think we can all give a little, especially at Christmas time. The donations I receive, and buy are then shared out.

“There is party food for parties and the tins and packets to teach them how to cook,” she said.

Homelessness continues to rise and there are fears that changes to the universal credit rate and the end of furlough will see already big numbers grow even further.

The aim of the Park Lodge Project is to provide a safe and supported accommodation for young homeless people between the ages of 16-25.

Their staff support the young people to ensure they are given the necessary life skills for independence, as well as each young person receiving a plan for resettlement, which includes continued support from the Park Lodge Project.

“No one can hurt them at Park Lodge, they don’t have to be scared like when they are living on the streets,” she said.

She spends her free time collecting clothes and food for various homeless charities, so that no young people will spend their time alone and without basic necessities.

“If there is a new resident at Park Lodge or Help the Homeless Leicester with nothing, I will get clothes for them too.”

The Park Lodge Project said that they are overwhelmed by the donations they got from Katrina.

A spokesperson said: “We are so grateful to Katrina who took on the lead of organising all of these donations, her time collecting them and dropping them off. The residents here will benefit greatly and we have her to thank.”

On any average night around the country, tens of thousands of people, and even families are sleeping rough.

Homelessness was at record level before the pandemic: