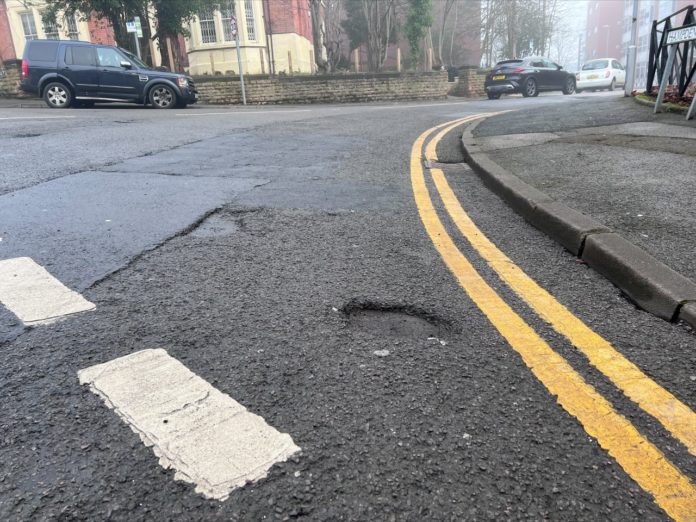 Nottinghamshire currently has over 250,000 potholes throughout the county, making it “the worst place for potholes in the UK” according to the RAC.

The motoring organisation also estimates that drivers are one and half times more likely to breakdown after hitting a pothole than they were in 2006.

There are 31,800 miles of road snaking throughout the UK. With such a large amount of tarmac it requires maintenance over the years, especially from the menace that is potholes.

The title of “worst county for potholes” has remained in place since 2019 and potholes have now reached a three-year high, the organisation says.

For advise on what to do when you hit a pothole, the RAC have you covered.

“reduced their highways budget by £2m”

The majority of road users have hit potholes and from that had damage caused to their cars, some serious. Some Nottingham motorists have taken to Twitter to vent their fury.

Nottinghamshire County Council has been made aware on numerous occasions of damaged roads and have implemented ways to report the potholes.

He explained, “We have filled more potholes than any previous administration and we have made it a lot easier to report potholes.”

“The previous administration who have had control for all but eight years of this council and reduced their highways budget by £2m in their last year which, is a clear indication of where they see the state of our roads in terms of priority.”

But Councillor John Cottee on Nottingham City Council says the authority is making it easier for motorists to report problems.

Although the council says it is tackling the issue, some residents feel like some areas of Nottinghamshire are being forgotten about and many older potholes remain.

One campaign group even posted the picture below across social media highlighting the fact that some potholes have been in existence for a number of years.

The Asphalt Industry Alliance, a group set up to spread awareness of the uses and benefits of Asphalt, estimates the cost of repairs will run into billions and take years.

In its latest report, the alliance states, “The average frequency of road surfacing is now once every 68-years and the bill to fix the backlog of maintenance work on our local roads in England and Wales remains in excess of £10 billion.