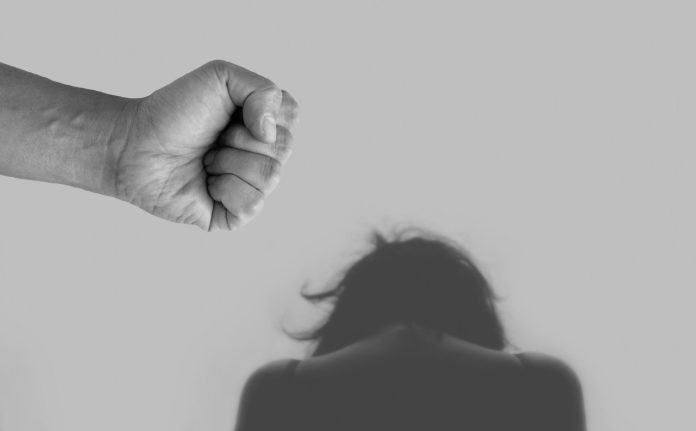 Domestic abuse has a been on a rise for the last five years and the Covid-19 pandemic only saw the numbers surge. Austerity, budgets cuts and a lack of safe houses are just some of the social issues that have caused this.

Domestic Violence in the last 5 years

In the last five years we have found in our data that domestic abuse has been on a rise across the U.K with a total of 318,696 convictions of domestic abuse.

In our data we have found that London has the highest prosecution rate of domestic abuse with a total of 39,307 prosecutions over the last 5 years. Domestic abuse now accounts for almost 1 in 10 offences in the capital.

This does not necessarily mean that London has an issue with Domestic abuse but the fact it is the highest populated city in the U.K, there are more likely to be more arrests and prosecutions.

Our data shows a strong correlation between number of prosecutions and counties with the biggest city populations. For example, West Midlands, which is where Birmingham is located, has had a total of 17,096 prosecutions in the last years and this correlates with the fact that Birmingham is the second largest city in the U.K.

Rural areas with lower populations actually show a disparity in domestic abuse convictions in comparison to urban areas. For example, Redcar and Cleveland is a small rural county in the North East of England with only a population of 135,200, there were 4,211 convictions for domestic abuse in the last 5 years.

When compared with urban counties like Leicestershire, these stats are really high as Leicestershire has a much higher population of 556,930 yet there are only 4,760 convictions.

Growing research shows there are several factors that explain why there is a general prevalence in Domestic abuse in rural areas.

Living in rural locations can be isolating for victims and abusers have the perfect environment to subject their victims to abuse. With villages and towns being more sparsely located and houses usually being detached, it is less likely for abusers to be deterred by neighbours living in close proximities. In urban communities, houses are usually a lot closer together, so it isn’t as easy to hide obvious physical or verbal abuse.

Policing responses in rural areas can be largely inadequate which makes it an easier environment for domestics to take place.

Our data shows that both men and women are victims of domestic violence but there is definitely a prevalence in women that cannot be ignored.

Domestic abuse committed by men is so prevalent as it is still heavily linked to inequalities based on the power that patriarchy still plays in society. Deep-rooted sexism and misogyny are still an issue that affects women at home and in the workplace.

This creates entitlement for men and vulnerability for women and gives men a good upper hand in society when it comes to the way they act out with their female partners.

Even though our data shows a rise in domestic abuse in the last 5 years, it may not indicate that a contemporary issue, instead, increased public awareness on the issues of domestic abuse may have encouraged people to speak up leading to an increase of arrests, prosecutions, and convictions.

For example, Powerful movements on social media such as #Metoo have created a culture that has empowered victims to speak up and take action. In the past such topics relating to sexual and domestic abuse were very taboo and privately dealt with, but social media has given a platform for those to be heard, especially women.

Deaths due to Domestic abuse

Figures show that funding for women’s services were cut by 50% in 2017 whilst demand actually rose by 83%. This is the result of austerity measures, which the government is being heavily criticised for.

One in six refuges have continued to close since 2010, with 60% of women being turned away because there is not enough space. Local authorities have had to slash funding on refuges from £31.2 million in 2010 to £23.9 million in 2017.

With domestic abuse related deaths increasing in the past 5 years, the funding is needed now more than ever but is clearly being stretched.

Our data also shows the numbers of domestic abuse related in 2020 appeared to have dropped. This is an obvious anomaly in our data which may demonstrate the fact that we only had data sets that reflected the months of January-March and April-June.

Figures from online articles show us the real issue that the Covid-19 pandemic has presented in Domestic abuse. Research from a joint investigation by Panorama and Women’s aid has revealed that two-thirds of women in abusive relationships have suffered more during the pandemic.

With one domestic abuse call every 30 seconds during the first 7 weeks of lockdown, three quarters of these victims expressed how lockdown has made it harder for them to escape their abusers.;

Interview excerpt from a domestic violent victims experience during lock down:

A refuge is a safe house where women, men and children can temporarily stay if they are fleeing domestic abuse. The highest number of safe houses from our data are situated in London at 904 refuges in 2020.

This figure coincides with the fact London has larger populations and a high number of domestic abuse cases concentrated in the city. Our data shows that the number of safe houses in London have grown over the last 5 years.

This is not reflective of the whole of the U.K as the total numbers of safe houses has decreased in steady numbers due to austerity, as previously mentioned.

Our data shows that in the last four years, domestic abuse typically takes place in households with low income. Significantly for those receiving an income of less than £10,000 are worse off.

By speculation this may be due to environmental exposures and living conditions that abusers and victims are subject to in low-income households. This causes more stress factors and often stress is taken out on those closest to you.

Women, or men, are less likely to leave abusive relationships if they do not have the money and resources to do so which is another reason why domestic abuse may be prevalent in low-income households.

These stress factors can also lead to substance abuse issues which always has a heavy link to physical or mental abuse.

People in low-income households are more likely to suffer with untreated mental health issues which make victims of abuse even more vulnerable and an easier target to abusers.