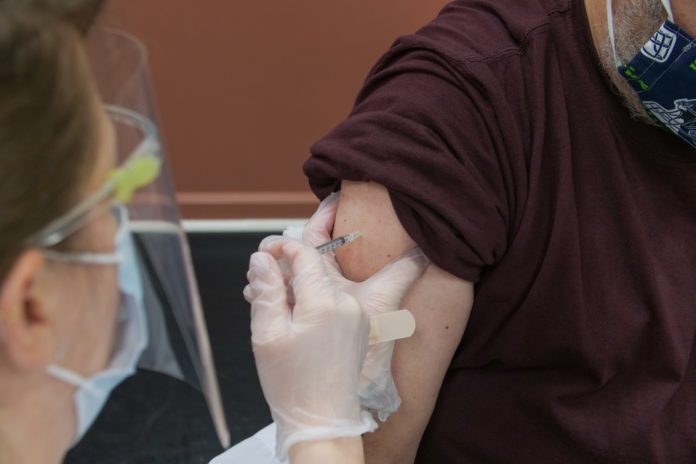 As cases of the Indian variant rise rapidly people who are eligible for the vaccine are being urged to get their jab.

The variant is thought to be 50% more transmissible according to the government’s scientific advisory group for emergencies (SAGE).

Cases of the variant have nearly tripled in the past week, data shows.

Health Secretary Matt Hancock has tweeted to say those over 35 will be offered their jab this week and extra Pfizer vaccines have been sent to hotspots, like Bolton.

Hancock said the UK is in a race between the vaccination programme and the virus.

“This new variant has given the virus some extra legs in that race,” he said.

This coming week we’re going to be opening up vaccination to the over 35s.

We’re making real progress against the virus & our vaccination programme is working.

It is vital that when you get the call, get the jab. pic.twitter.com/dM7Y5HFwSB

As the UK hits the 20 million milestone for people who have had both jabs, one billion vaccines have been administered worldwide.

But fears remain with the Oxford-AstraZeneca jab being shelved by many countries.

Under 40s in England are now being offered an alternative to the Oxford-AstraZeneca vaccine.

Around 242 cases of clotting and 49 deaths were found after an estimated 28 million AstraZeneca vaccines were administered, according to the MHRA.

Denmark has stopped its AstraZeneca rollout completely and other European countries have suspended its use in under 60s.

“I woke up in the morning with a really bad headache, like a hangover”
Caitlan Jarvis

Rare blood clots are not the only side effect of the Oxford vaccine. Some people experience flu-like symptoms after having their jab.

“Men and women will respond differently.”

And younger people and women are more likely to have side effects according to professor Tim Spector, at King’s College London.

Side effects can also include:

After her jab Caitlan Jarvis, 23, said: “I woke up in the morning with a really bad headache, like a hangover.”

People’s reactions to the vaccine.

How the vaccines work

There are three main vaccines currently in use in the UK, Oxford-AstraZeneca, Pfizer, and Moderna.

Both the Pfizer and Moderna deploy RNA vaccines which is a new approach where a part of the virus’s genetic code is injected into the body. The body then starts producing a small amount of the coronavirus before mounting a defence.

The Oxford vaccine is a different and more traditional way of administering a vaccine. It uses a harmless version of the virus that carries the same genetic material which then allows the body’s immune system to learn how to fight it.