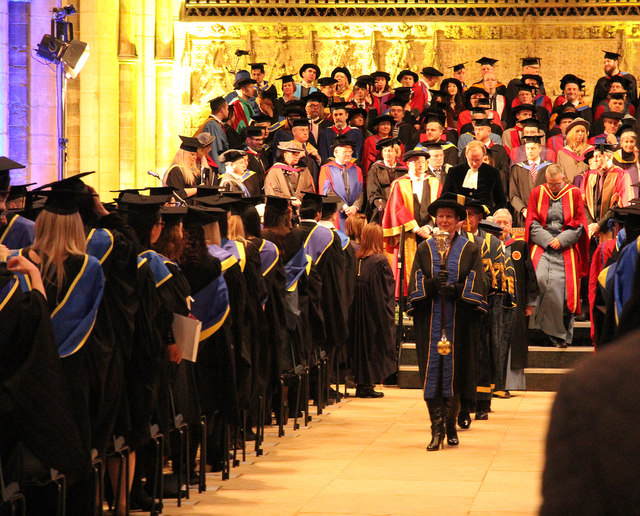 University graduation ceremonies are being cancelled again because of the pandemic and that means students who were due to graduate in 2020 will now have to wait another year to celebrate.

And students graduating this year will also have to wait until next year. Three separate intake years will all be graduating in 2022.

This has drawn complaints from students at Nottingham Trent University who say they feel their hard work is being disregarded by the uni.

Marketing student, Abi Macdonald, says she understands why it’s been cancelled but still feels let down.

The University has released a statement, which was sent to students in an email.

In lieu of the cancellation the university have told students that the fee for the ceremonial cap and gown they’re required to rent will be covered by NTU, as well as students being allowed to keep the cap for no extra cost.

Many feel this isn’t enough.

Throughout the pandemic the government has taken steps to return university students back to normality but film student Kayleigh Walsh and computing student Thomas Kuan say that not only has the government let them down but the university has too.

Thomas thinks the university should consider refunds because of the restrictions put in place throughout the year as well as the lack of face to face teaching.

Kayleigh Walsh believes that whilst the university has tried, it’s not been enough.

“I will be coming back for my graduation but I don’t know what I’ll be doing with my life, I don’t know where I’ll be and it might not be the same for everyone.” Kayleigh is disappointed in the turn of events.

The university’s student union also released a statement on the cancellation.

They went on to say “We will continue to express your voices to the university on this issue. We have already highlighted for all graduation ceremonies to take place in University Hall when government guidelines allow.”

Students on social media haven’t held back their disappointment and confusion at the decision.

Graduation cancelled in July but can go clubbing. Make it make sense ❤️

I literally went to a 3000 person rave last week but my graduation in 2 months’ time is cancelled…make it make sense???

Students have no choice but to wait until next year to graduate. Hopefully their anger will have subsided by then.