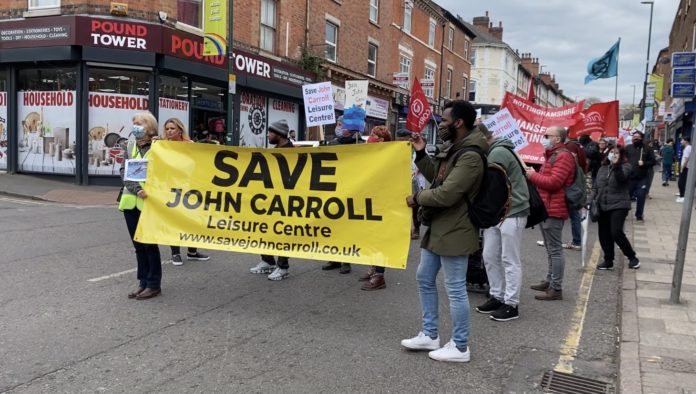 Campaigners took to the streets of Nottingham to oppose the closing of a leisure centre.

The John Carroll Leisure Centre, in Radford, is due to close in June 2021 after the city council made a decision to shut it for financial reasons.

But the community in Radford have said that the centre is “loved” and that it helps bring many different types of people together.

“On one hand John Carroll has been a place where working class kids have been able to learn to swim and get all of the usual health benefits that a lot of middle class people in places like Wollaton have access to.

Thomas also said “But on the other hand John Carroll has been a place that has brought together lots of these different communities.

The residents of Radford say they are not giving up easily, as the Save John Carroll campaign has set up weekly meetings every Wednesday, at 7pm, over Zoom.

Their aim is to stand united to defend public services for all.

On their website, they state that “enough is enough and that health and wellbeing should be affordable and accessible to all.

“We demand the council reverse the decision to close John Carroll without cutting another service or increasing charges.”

The Save John Carroll campaign is even teaming up with the Trades Union Congress.

The city council said that the current pandemic, mixed with long-term government cuts have hit their finances hard.

City council leader David Mellen said that there was a “great deal of regret” with the closure of the leisure centre, and also stated that all leisure centres across the country have had no income for nearly six months.

On March 8 Nottingham City Council voted through £15.4 million of cuts that will affect many public services in the city, one of them being the John Carroll Leisure Centre.

Many women are struggling with the closure of the centre, especially those from surrounding areas like Forest Fields, Hyson Green and Arboretum, as they go to John Carroll to attend the women-only sessions.

A woman with osteoarthritis, Jasbinder Kaur, has said that she has “been using the centre for over 20 years.

“I have used other centres which are no match compared to here.”

Over 2,500 people have signed the petition to save the John Carroll Leisure Centre. 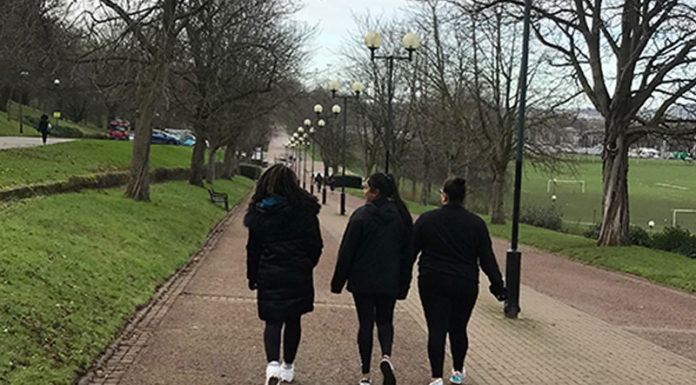