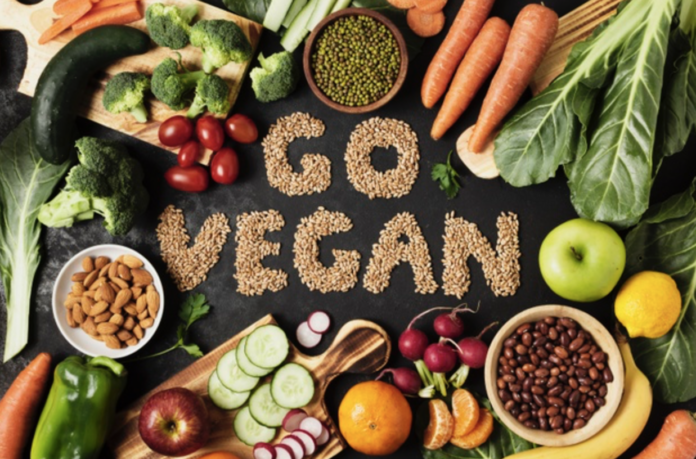 Veganism has been around for over 2,000 years, but in recent years, it has become more and more popular.

Hayley Jenkins, a Nottingham-based wellness activist, became vegan in 2020. She believes it brings huge benefits to her health including feeling good within her own mental health.

Although veganism is proved by scientific research to help with weight loss, Hayley encourages people that she speaks to, to not go vegan for this reason.

Hayley discourages fad diets and exercises as they can be bad for people’s mental health. She warns from her own experiences that these “fad” diets can cause some people to develop eating disorders or other mental health problems.

Through her own experience, she encourages people to try have a healthier mindset and not follow trends and only do things if they know it is benefiting them mentally and physically.

Hayley tells people that if they wish to go vegan it should be for themselves and their health, not just a trend. Trends such as Veganuary, where people go vegan for the month of January, often make some people feel they must do something in order to fit in with society.

Based on the most recent United Nations figures, the world is estimated to have a population of 7.9 billion people, with 79 million of them vegan as of January 2021.

Nottingham’s Sneinton district has its own vegan market that is held every first and third Saturday of the month between 10am and 2pm.

Shoppers are able to pick up fresh vegan produce to take home.

The market’s organisers offer farmers to go in and set up a stall to sell to the public, helping both customers get fresh produce and the farmers sell their stock.

Jeffery Soble, MD, a cardiologist at Rush University Medical Centre in Illinois, began his vegan journey in about 2019. His research showed that a vegan diet can help promote weight loss, reduce your risk of heart disease, lower your chances of getting certain types of cancer and even manage diabetes by lowering A1C levels.

Documentaries and programmes such as Netflix’s Seaspiracy also have sparked an increase in people going vegan.

Seaspiracy explores the impact humans have on the ocean and shows the corruption behind big fishing corporations.

It recommends watchers to do three things: the first is to shift to a plant-based diet. For those already considering veganism, this is simple. It also tells viewers to enforce no-catch marine reserves to protect 30% of our oceans by 2030 as well as ending fishing subsidies which currently make $35 billion per year.

Seaspiracy and other similar programmes have a shock factor to them, which is completely intended. Their aim is to show people the devastation meat-eaters can cause our planet and encourage people to change their attitudes towards the earth they live on.

More than 200 million land animals are killed for food around the world every day.

99% of animals eaten in the US come from factory farming.

Fishing alone has wiped out 90% of the world’s large fish.

Bottom trawling creates as much CO2 as air travel.

70% of the oceans’ microplastics come from fishing gear.