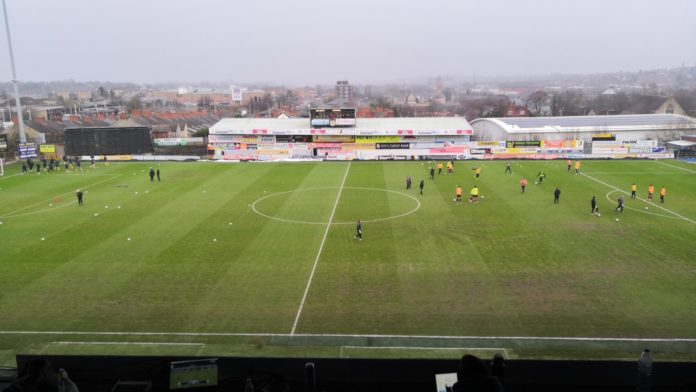 Mansfield Town supporters think that it has been “one of the worst seasons in the Football League” for their club but seem positive after ensuring their safety in League Two for another season.

The 2019/20 and 2020/21 seasons have been a nightmare for football clubs, fans and owners of multi-million-pound businesses that own clubs all around the world.

In a season without fans, the stands have been empty and the clubs have had to get on with the task at hand which was playing for the cameras and the supporters watching at home.

The 2020/21 season is another one to forget for Mansfield Town after the disaster of 2019/20 that saw John Dempster start as the manager before he was sacked in December 2019 and replaced with Graham Coughlan.

The Irishman was sacked in late October 2020 after a 4-2 defeat to Barrow and ex-Burton Albion manager Nigel Clough was made the club’s new manager.

Clough, an ex-England international, has been a breath of fresh air at the club and the 55-year-old has breathed new life into the Stags.

The Nottinghamshire club have had a relatively good second half of the season under the ex-Derby County manager and they were able to reach his primary goal, survival.

With the first win of many for Stags coming at the start of November against Scunthorpe United in the Papa John’s Trophy, it felt like the Amber and Blues would be able to push on from this position.

They did just that by claiming wins against promotion candidates Forest Green Rovers and Cambridge United but they also made the third round of the prestigious FA Cup where the Amber and Blues were defeated 2-1 by Cheltenham Town in extra time.

Brad Smith, a broadcast journalism student at Nottingham Trent University, is an avid supporter of the Stags and thinks the season has been a positive one but has been missing the fan experience.

“I think the season has gone all right”

“We didn’t get off to the best starts of the season under Graham Coughlan as we went on a nine-game winless streak but he got the axe and Nigel Clough took over and since then it has been good.

“Since the appointment of Nigel Clough, we’ve moved away from the relegation zone and reach the important 50-point mark.”

Brad Smith thinks the season was an all right one, especially with the tricky climate everyone finds themselves in.

“I think the season has gone all right, it has not been the best of seasons but we have managed to avoid relegation which is the main thing.

AUDIO: NTU student and Mansfield Town fan Brad Smith talking about not being able to watch his team live on a matchday

Simon Hays, a Mansfield Town fan, thinks the season has been appalling for the Stags and said how much bad recruitment has cost the team from NG18.

“The worse season we’ve had since we came back in the Football League, all due to bad recruitment.”

Another MTFC fan, Mark Plumb, agrees: “Bad recruitment, bad management, early on in the season, under Coughlan and majority of the players not fit to wear the shirt.”

On the whole, Mansfield fans feel the season has been awful but has been salvaged by the arrival of Nigel Clough as manager which has lifted the town and the supporters of the club.

The general consensus from supporters is hope for the 2021/22 season, where if everything goes correctly and the pandemic is under control fans of football clubs will be able to return to stadiums in a limited capacity.

For the time being, the Stags have two more games to play in the 2020/21 season as they face Oldham Athletic at home on Saturday 1 May 2021 and then travel away to Port Vale in the final game of the League Two season.