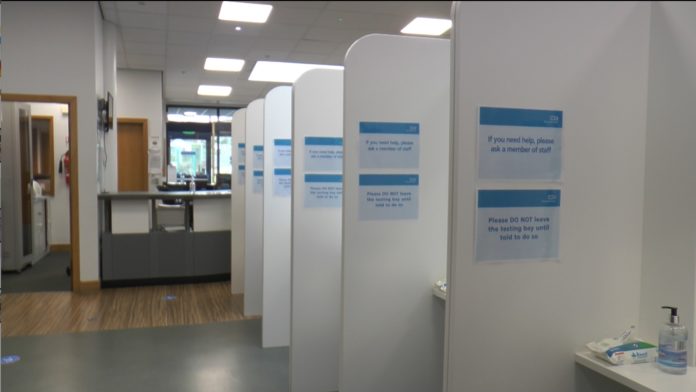 Mansfield’s Manor Academy has launched an on-site testing centre in preparation for the return of students on March 8th.

The reopening of schools has been made one of the highest priorities, following the reveal of the government’s roadmap that would see the UK out of lockdown.

Manor Academy’s sports hall has been fully transformed in order to accommodate the test centre, which is able to test 98 students each hour.

Pupils will receive their test results within 20 minutes, ensuring minimal disruption to their school day.

Katrina Kerry, the Academy’s head teacher, says the testing site has been a huge help in getting schools back to “the new normal”.

“nothing can be the same as having students in school”

“We’ve done quite a good job of making sure that the students have got a high quality remote learning curriculum but nothing can be the same as having students in school so we were pleased that we’ve been able to get students back in schools safely,” she said.

The Mansfield school has upskilled its existing staff so that they are able to operate the testing centre, instead of having to rely on external individuals, believing that this will help pupils feel more comfortable.

After numerous trial runs, the test centre staff are confident that the site will run smoothly when in full use.

The Manor Academy has been working hard to ensure that the test site will be fully operational before students return. One of the site workers, Anna Little, described the work from herself and her colleagues as a “considerable team effort”.

“We worked on it as soon as the [roadmap] announcement was made, even before the Christmas break we started putting our plans in motion. It’s been a collective effort across the different departments in our school,” she said.

Miss Little has no doubt that in her team’s ability to handle 1000+ students when the testing site runs at full capacity.

As the coronavirus pandemic draws to an end, school pupils will be among the first to get a taste of post-pandemic life.