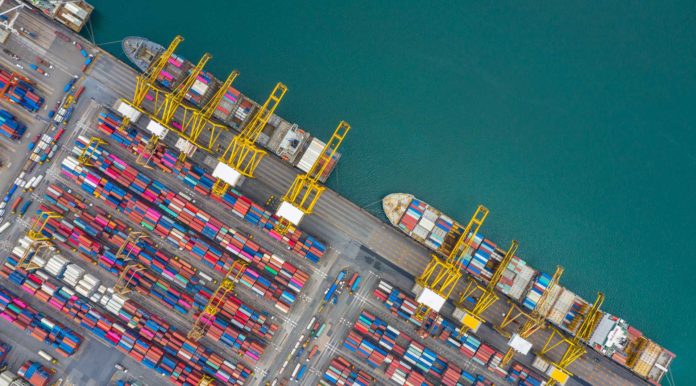 East Midlands Freeport is the only inland Freeport announced and it is hoped it will bring in over 60,000 jobs.

Freeports are secure custom zones located at airports or shipping port. Goods that arrive in these areas from abroad aren’t subject to taxes.

They’re described by the Chancellor as ‘special economic zones with different rules to make it easier and cheaper to do business’.

Tariffs are only paid if the goods leave the Freeport site and are moved elsewhere in the UK. Otherwise, they can be delivered back to overseas ports free of charge.

Up till 2012 the UK had seven designated Freeports. There are an estimated 3,500 Freeports around the world, which employ up to 70 million people.

The aim of Freeports is to offer simplifications to normal custom laws, and reduce tax regulations.

Brilliant to see the #Solent Freeport announced in #Budget2021 by @RishiSunak today. Great news for #Eastleigh and @SOU_Airport. Delighted to have worked with Hampshire MPs and @solentlep to get this included in the Budget! #LevellingUp #Jobs pic.twitter.com/kZYwJCuhOB

As outlined in a government paper ‘tariff flexibility within Freeports will encourage high-tech manufacturing and simpler customs processes facilitated by cutting-edge technology that will support smoother international trading activity’.

The government hopes they will be providing stronger trading deals with countries outside of the UK. Read more of the government paper here.

Freeport sites are coming to:

Why are freeports being brought back?

Freeports can be up to 27 miles across and the government hopes they will bring more money into poorer regions in England.

One of three objectives written in the government paper read ‘to promote regeneration and job creation: create high-skilled jobs in ports and the areas around them, prioritising some of our most deprived communities to level up the UK economy’.

The east midlands area has been neglected for some time, so it is hope that having these freeport sites will bring some money back into the local area.

What this means for the East Midlands?

Having a Freeport within the East Midlands area will hopefully attract a lot more businesses;

The East Midlands, Nottinghamshire, Leicestershire, Derbyshire, Lincolnshire and Rutland, in recent decades has become one of the more underfunded areas in England, struggling to compete with their neighbouring counties, Ioan Reed-Aspley is head of media at East Midlands Airport:

However, Freeports do raise concerns for some people. Marc Cowling, Professor of Business and Economics, has worries over the fragmentation it may bring to jobs around the country.

Freeports are large and complex areas to run but may bring many jobs and ehe East Midlands is an area of the UK that is in need of an economic boost.

East Midlands airport is major cargo distributorThe drawbacks to some are that the Freeport in the East Midlands isn’t near any neighbouring cities bringing concerns to how employee’s will reach the site.

Ioan Reed-Aspley says they need to work closely with local authorities to make sure that they run efficiently for the whole of the East Midlands,

‘[need to look at] what other supporting infrastructure the Freeport will need in terms of transport connectivity, better bus links, better road network, better trains and if it’s attracting people from a wider area. We need to look how we are going to get those people to the jobs, which is critical.

‘[the] key to that though is connecting those communities to the available jobs in the region. If you look at that principle of creating jobs in and around a Freeport area, in an area which is equidistance to Derby, Nottingham and Leicester, there are big challenges in getting people there and this is where local authorities have to step up.’

“it’s more than just a low cost leisure destination for holiday makers, it’s cargo operation is nationally significant, it’s now at the heart of one of the government’s first Freeport’s, its a testament to the part the sites will play in global Britain”
Ioan Reed-Aspley – Head of Media East Midlands Airport

Below is a short video explaining some of the pros and cons of Freeports which are coming to the eight destinations around the UK.

The go-ahead for the East Midlands Freeport is a game changer for the region, a step in the right direction for regenerating the local areas, according to Councillor Kay Cutts, ofNottinghamshire Country Council. ‘Having this Freeport here In the heart of Britain will boost productivity and growth and ultimately improve lives in the years ahead’.