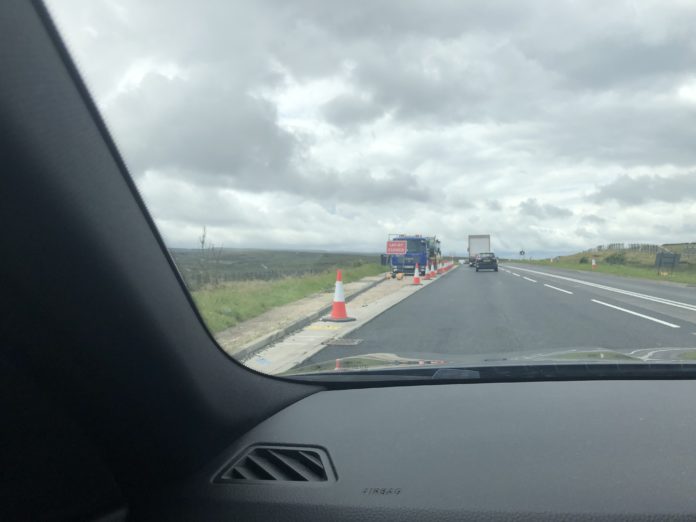 Proposed plans for a road linking the cities of Oxford and Cambridge have been cancelled by the government.

The government had been looking into ways to improve transport links between the two cities.

This included a new railway line called East-West Rail, which is already being developed, as well as the building of a new road which would connect Oxford and Cambridge via Milton Keynes.

The project would have cost around £3.5 billion, and would have saved about 40 minutes on a journey from the A34 by Oxford and the M1.

The construction of the expressway was also believed to include plans for one million homes to be built around the “Oxford-Cambridge Arc” (Oxfordshire, Buckinghamshire, Northamptonshire, Bedfordshire and Cambridgeshire).

There were many concerns about the proposed project including what it would mean for residents in these five counties as well as what effect it would have on the environment.

Highways England was already looking into ways how the road would connect Oxford and Milton Keynes as well the costs and benefits it would bring.

But after working closely with local authorities, it came to the conclusion that there were drawbacks to this project and it was not “cost-effective”.

“(it) Cannot deliver value for money for the Taxpayer”
Grant Shapps, Transport Secretary

Following these findings, the Transport Secretary, Grant Shapps announced on March 18 that the building of the expressway would not go ahead.

In a statement released by the Department for Transport, Shapps said: “The Oxford-Cambridge Arc is home to cutting-edge research, globally renowned science and technology clusters and some of the most productive places in the country.

“(But) Our analysis shows the expressway cannot deliver such links in a way that provides value for money for the taxpayer, so I have taken the decision to cancel the project.

“We remain committed to boosting transport links in the area, helping us to create jobs and build back better from Covid-19.”

The announcement that the OxCam Expressway would not continue was backed by councils in the surrounding area.

“With more than half of people working in Oxford and Cambridge commuting in from outside those cities, people will continue to rely on their cars until the transport network offers them a better alternative.

“We must start investing in transport that provides viable door-to-door journeys by connecting rail, buses, cycling and walking routes.”

“The expressway would have torn a large hole across some of the most beautiful countryside in the county with little benefit to local residents.

“What we need is investment in local roads, used by local people to ease congestion, not another mega project that will just bring environmental destruction.”

The government has already looked into ways how to develop transport around the arc, which included over £750 million for the next segment of the East-West Rail Link, which will connect Bicester, Oxfordshire to Bletchley, just south of Milton Keynes.

The government has also said it will continue to work closely with organisations including Highways England on how to develop roads in these areas.