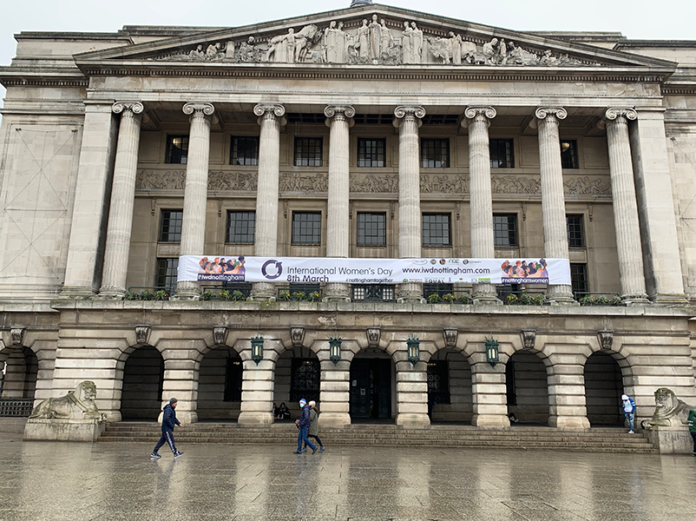 This week began with International Women’s Day, set up to celebrate the achievements of women, but it has brought to light that there are still many challenges to overcome.

Monday, March 8th was International Women’s Day, the theme was Choose to Challenge, to challenge and call out gender bias.

Women and men across the country came together to celebrate women’s achievements, while calling out inequality.

Inequalities that women in the workplace face

“I’ve learnt to tolerate comments throughout my life as that’s what you need to do to succeed .. but I choose to stop doing that”
Nichola Wallace, Dell Senior Project ManAger

Sophie Turner founded Yes She Can after finding there was a lack of support for women working in male dominated industries. The company aims to help women grow in their careers, provide role models, as well as training and workshops for businesses.

She said: “We need us as women to back ourselves and take risks, but we also need businesses to embrace change.

Nichola Wallace, Senior Project Manager at Dell, works with 127 people in her organisation across Europe and only twenty-four of these are women. She wants to tackle sexism in the workplace.

As well as the discussion of inequality in the workplace, this week we have seen much debate over women’s injustice.

Tuesday saw Meghan Markle open up about her mental health struggles in an interview with Oprah. She was accused of lying, angering many, who believe that women should be able to use their voice to speak up about their experience and not face criticism.

Sarah Everard’s disappearance on her walk back home shocked the nation, sparking a debate over women’s safety.

Many women have taken to social media to share the precautions they feel they have to take when leaving the house.

"She was just walking home": Women unite in grief and outrage over case of Sarah Everard https://t.co/EvFFLUOAxB

A vigil highlighting women’s safety on the streets has been organised in cities across the UK this Saturday (March 13th).

Rebecca Langton, Labour Councillor for Bilborough, explains how this weeks events show there are still many challenges that we need to overcome.

A week that has sparked much debate over women’s rights and equality, in the workplace, in public and in the media. A week that will hopefully bring about much needed change.