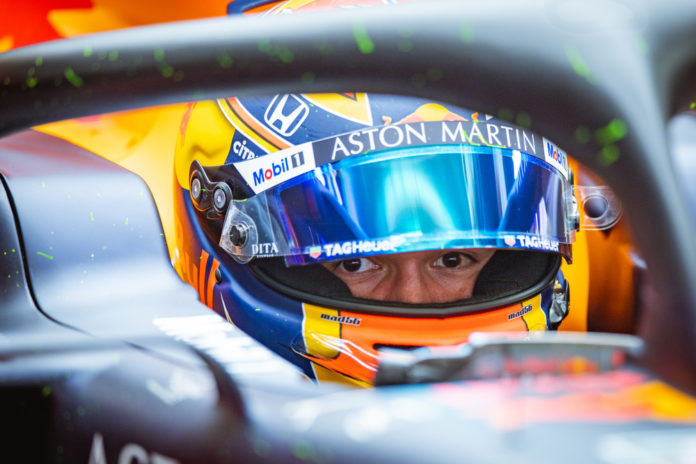 Red Bull reserve driver Alex Albon says he is determined to return to the grid in 2022 after being demoted.

Despite scoring his maiden podium at the 2020 Emilia Romagna grand prix the 24-year-old lost his Red Bull seat to Sergio Perez who will partner Max Verstappen for the 2021 season.

The British-Thai driver lost his race seat because he was unable to close the gap to teammate Max Verstappen which in qualifying averaged at 0.5 seconds between the pair.  Verstappen had more than double the points, 214 to Albon’s 105.

The team made the decision to drop Albon from his seat but kept him in Red Bull’s ranks as reserve driver and their sister team Alphatauri and made it clear that Albon was still an important team member.

Do you think @alex_albon will get a @redbullracing or @AlphaTauriF1 seat in 2022?

However, Albon will still be racing in 2021 as he is entered into the DTM championship where he will be driving an Alphatauri-branded Ferrari. He will be teamed up with Red Bull driver academy member Liam Lawson, with the first race being held at Monza on June 20.

When not participating in DTM, Albon will be serving his role as reserve driver, going to every race and filling in for Red Bull drivers Max Verstappen and Sergio Perez and Alphatauri drivers Pierre Gasly and rookie Yuki Tsunoda if they are ill or injured.

In 2020 Red Bull’s F1 car codenamed the RB16 suffered from handling problems throughout the season which hampered both drivers, Albon especially.