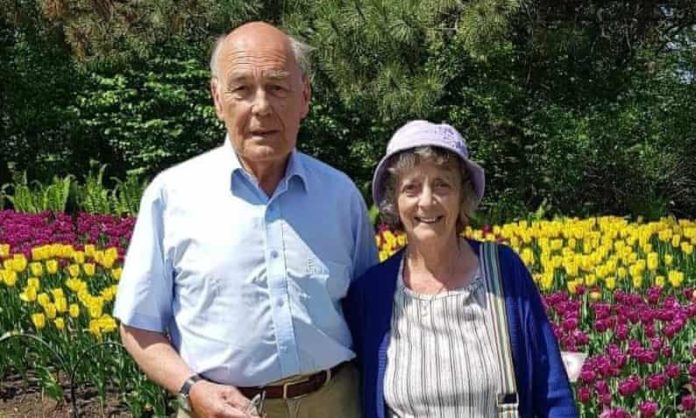 The bodies of a couple in their eighties have been recovered from the River Trent – 13 days after their car went into the water.

On February 1 John Lillistone, 83, and Patricia Lillistone, 82, were in a car that was seen entering the water at Hoveringham, between Newark and Nottingham.

Nottinghamshire Police began a search after witnesses reported seeing the car enter the water with two people inside.

The vehicle was located using sonar technology and an underwater drone and a formal identification of the bodies has taken place.

While the search began two weeks before the bodies were recovered, the emergency services could not recover the bodies sooner due to the fast flow of the river, which was caused by flooding.

“Our family is devastated by the loss of two wonderful people”

After the incident, the couple’s family made a statement shortly after the recovery of the vehicle and bodies.

The statement said: “Our family is devastated by the loss of two wonderful people and they will be dearly missed by all. We have many happy memories of our time spent together that we will cherish forever.

“We would like to thank the emergency services and other agencies involved for their tireless effort and support at this very difficult time.”

The family have appealed to be left to grieve in private.

However, many people have said they are worried about the dangers of the Trent as this is just one of the many incidents that have taken place on the river.

In another incident, two 11-year-old girls were rescued in Clifton on February 13 after becoming trapped on a frozen section of the Trent.

David Stevenson, from Nottinghamshire Fire and Rescue Service, reiterated the dangers, adding that the girls were “extremely lucky” to be unharmed. “Luckily for us, the girls were rescued and are okay. However this will not be the case for everyone,” he added.

AUDIO: Mo Edwards, a student from Nottingham Trent University, speaks about the dangers of the River Trent