Over a third of hospitality firms believe they are unlikely to survive the next three months, according to data collected by the Office for National Statistics.

There is no doubt that a combination of three lockdowns and ever changing restrictions caused by Covid-19 have had a detrimental effect on the hospitality industry.

Business owners have been honest about the effect of the national lockdowns on their companies. Sacha Leake, who owns cafes in Hertfordshire, had difficulties in keeping her entire staff team on. 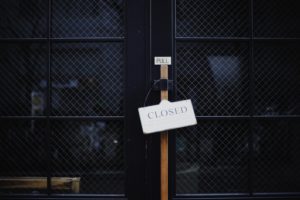 The sector was the third-largest employer in the UK at the end of 2019 according to Hospitality Chief Kate Nicholls. However, trade body UK Hospitality claimis that over 660,000 jobs in hospitality had already been lost nationwide by Christmas.

With the industry burning through half a billion pounds every month of closure, Nicholls warned, there could be “very little” left to reopen if restrictions last until May 2021. Latest industry monitoring figures released last month show the plight it is facing – with a net loss of almost 6,000 licensed premises last year, compared to just 2,000 in 2019.

“THIS WILL AFFECT THE hospitality industry GRIEVOUSLY” 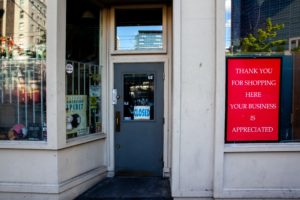 pite Government schemes such as furlough helping businesses maintain staff and keep unemployment down, there are still 1.72 Million people currently unemployed. These figures show an increase of 0.6% over November, December and January. Between September and November almost 400,000 redundancies were made.

Will Rossiter, an economic expert in Nottingham says that:

“Sectors that are dependent on any form of social consumption have been hardest hit. Both by changes in people’s behaviour and also the letter of regulation, which will affect them grievously. Most expectations are that unemployment will continue to rise for some months yet.”

However, with a vaccine roll out imminent, there could be hope yet for the hospitality industry to open its doors once again. Find out if you are eligible for the vaccine here.