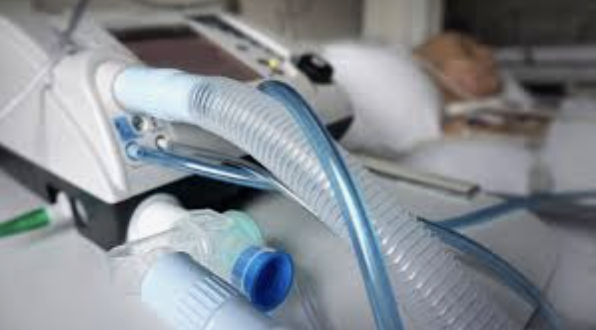 The UK has recorded another 19,114 positive Covid-19 cases and a further 1,014 deaths in the latest round of government figures.

It’s been almost a year since the coronavirus pandemic took hold in the UK and now, in our third lockdown, we know more about the virus than ever with new methods of care, various treatments and even vaccines being distributed.

One of the most prolific interventions since the pandemic began has been the use of ventilators. So much so, that we get daily updates of the number of patients being supported by them.

Dominic Marsh, a personal trainer from Luton, was placed on a ventilator for three weeks in April last year and he says it saved his life.

Marsh feared the worst when he was admitted to hospital, he even contacted family members to say goodbye.

Although he cannot speak much for his time on a ventilator, Marsh does remember having very vivid hallucinations in the early stages of waking up, and lost a total of three and a half stone.

Marsh said he did experience some side effects from the ventilator but is also grateful.

Patients who have severe Covid-19 symptoms can be placed on a ventilator.

This pushes air with an increased level of oxygen into the lungs, which then allows the machine to take full control of their breathing so the patients body has time to fight the infection and recover.

Ventilators are being widely used throughout our hospitals to assist Covid-19 patients, however there has been some controversy around the use of them.

An article in The Metro told the story of one man who refused to go on a ventilator.

Steve, told Channel 4’s First Dates, a show which he featured on, that his doctor told him that if he was placed on a ventilator he might not of survived.

There has also been some similar commentary on Twitter.

Sorry to hear you were ill. A really bad case of flu or pneumonia can have just as bad if not worse lasting effects than this COVID farse, I lost my dad to this scam & I guarantee you it was not COVID that took him it was the murdering NHS that put him on the ventilator

The Faculty of Intensive Care Medicine (FICM), which represents 3,500 intensive care doctors, says it has seen an increase in patients wrongly believing that being put on a ventilator will kill them.

Dr Alison Pittard, the dean of the FICM, told the Guardian that patients were and are continuing to die from Covid-19 itself rather than from the machines.

Estimates show that one in four patients admitted to hospital with Coronavirus may need life supporting machines to help them survive.