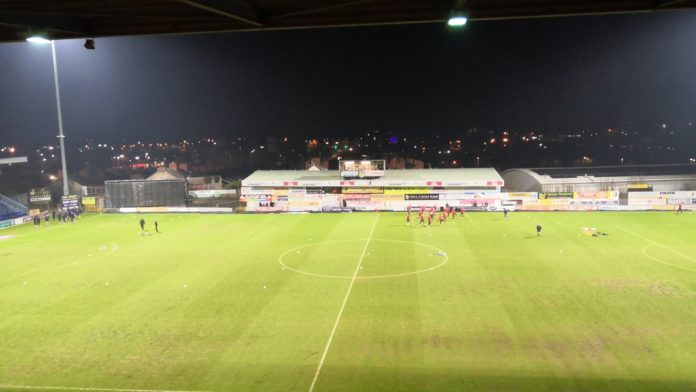 The Transfer window slammed shut last night at 11pm with all professional teams in England unable to strike any more deals until the summer.

Mansfield Town have had a relatively busy January, bringing in four players and seeing four leave, whether it has been on a permanent basis or a loan deal that will last until the end of the season.

In this article, we’ll look at the players that Nigel Clough has brought into the club over this quiet January transfer window

✍ We are delighted to announce the loan signing of experienced midfielder Stephen Quinn until the end of the season!

The 34-year-old was the first signing of the transfer window and signed for the club on loan from Burton Albion for the rest of the season.

Quinn adds experience and tenacity into a midfield that is relatively young with George Lapslie, George Maris and Harry Charsley.

The Irish midfielder worked with Clough at the Brewers last season and will definitely be up to scratch with the manager’s system and how he wants his team to play.

“I did have other offers, some in the league above. But it’s important to be happy and this was the right move.”

💬 Read more from midfielder @GeorgeLapslie, who signed permanently for the #Stags this week.

Every Stags fan was delighted when the news arrived that Lapslie signed a two-year deal from Charlton Athletic, who let the midfielder leave on a free transfer.

The London-born midfielder has been a revelation in the Amber and Blues side, he has managed to score six times for the club so far this season.

Operating in a midfield three, the 23-year-old is able to make runs from deep and cause the opposition defenders a lot of havoc with the vision, determination and his eye for goal.

✍ We are delighted to announce the loan signing of @Wolves goalkeeper Jamie Pardington until the end of the season!

🤝 Welcome to the #Stags, Jamie!

The young goalkeeper joins Mansfield from Wolves as the 20-year-old looks to get more experience in a professional environment.

Pardington was one of two deadline day signings for the Stags, but it left many of their supporters confused on why they signed him, as they already have two keepers in Marek Stech and Aidan Stone.

✍ We are delighted to announce the loan signing of @BlackpoolFC forward Oliver Sarkic until the end of the season!

Sarkic, similarly to Quinn, had played under Nigel Clough at Burton during the 2019/20 campaign as he joined the Brewers on a free transfer from Leeds United’s U23’s.

He managed five goals and ten assists in 2019/20 but decided to move to Blackpool at the beginning of the new campaign.

It gives manager Nigel Clough another striker if he is in need of one at any given moment, and Sarkic can provide him with some attacking intent.

Firstly, the forward will need to get his match sharpness and fitness up as he has only featured nine times for the Tangerines this season.

Mansfield Town fans have been vocal regarding the four signings that Nigel Clough has made during this transfer window.

One Stags fan said: “A striker who scores is a bonus not sure about goalkeeper as we already two in the playing squad.”