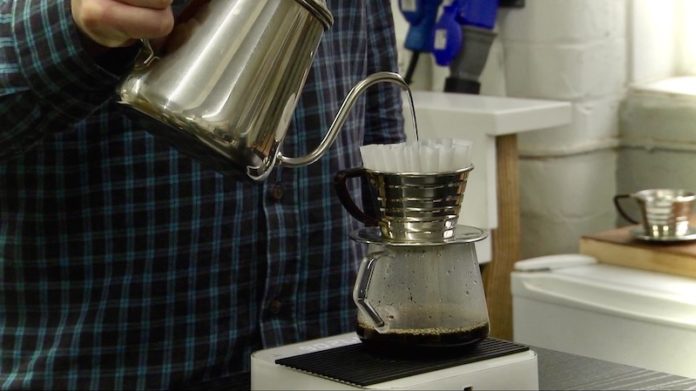 Over a million cups of coffee are consumed every day in Nottingham, but since the city’s coffee outlets closed their doors back in March 2020, only two-thirds of them have re-opened.

Before coronavirus took a significant hit to the industry, the UK’s love for coffee had been growing rapidly. The last decade saw the number of coffee outlets in the UK double, with cities like Nottingham at the centre of the country’s caffeine craze.

According to Allegra World Coffee Portal:

Lee & Fletcher roastery in Old Basford, have felt the full force of lockdown. They only supply coffee to the hospitality industry and didn’t feel it would be right to move into online sales.

Co-founder, Jim Lee, expressed his concern for the industry’s supply chain, “It’s potentially disastrous for any people in the supply chain, that supply to pubs and cafes and restaurants, that are being closed down.”

He felt moving their business online would, in turn, put their regular customers in the hospitality sector at risk.

“It’s not fair to them that they’re stocking our coffee and we’re going up in competition against them. We want to support them and look after them.”, said Lee.

Jim Lee talks about why he thinks it’s important to support his customers.

With fewer coffee shops open, and a widespread lack of demand, not only are the roasteries affected but also the supply chain at its origin.

Rosie Lowery, Head of Sales at Outpost Coffee Roasters in Lenton, explained what this sudden lack of demand might mean for coffee farmers around the world.

“If we aren’t ordering from the people that supply us coffee and grow coffee at origin, they don’t have the same sort of social support structures that we do in this country.”, said Lowery.

Rosie Lowery talks about the potential impact of lockdown on coffee farmers.

However, not all businesses are concerned about the long term effects lockdown may have.

“Where holidays have been cancelled, coffee will persist.”
Alex Bitsios-Esposito, Cartwheel coffee

Mark Whittaker, Director of Stewarts of Trent Bridge Roastery in Sneinton Market, is a firm believer that coffee shop culture will return as before when regulations allow it.

“I think people will always go to coffee shops for a number of reasons, first of all, they want a nice coffee. Secondly, they want the sociable aspects, thirdly they want to treat themselves.

When we opened our doors after several weeks of real lockdown in the summer, people that came in were delighted to be out and about.”, said Whittaker.

Allegra's #survey of over 3,000 UK consumers has revealed that going to a café or coffee shop was the most popular outing made (after visiting family and friends) since the UK's national lockdown was eased on 4 July 2020. https://t.co/TycSqtiyy8 @worldcoffeeport #coffeeshops #UK pic.twitter.com/GHY3CudJpl

Alternatively, Cartwheel Coffee, in Nottingham’s city centre, has not been negatively impacted by the lockdown. Instead, they have seen online sales soaring higher than ever before.

“Drinking coffee out of the house is considered a luxury still, but an affordable one. Where holidays have been cancelled, coffee will persist.”, said Bitsios-Esposito.