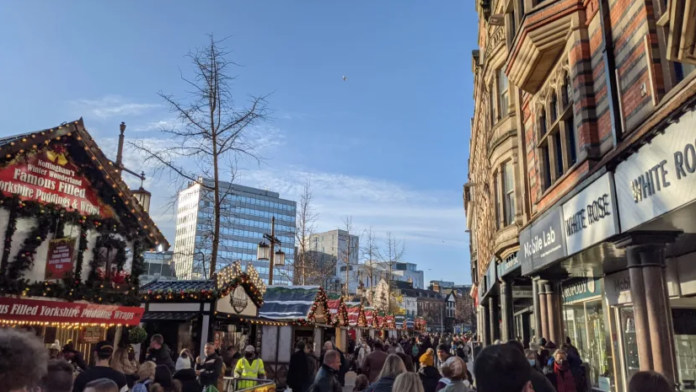 What was dubbed as a ‘Winter Wonderland’ by organisers turned into a Christmas nightmare as thousands of people packed into a tightly disorganised Old Market Square in Nottingham City Centre.

Many staff members and stall owners who were set to be working on the site until Christmas Eve found themselves glazing over a hurried statement released late on Sunday night.

Workers rushed to Old Market Square on Monday morning and began dismantling stalls and attractions as the people of Nottingham looked on wondering why it was even allowed to have happened in the first place.

The statement said; “Following ongoing meetings, including observing strong city centre footfall again, we have made a joint decision not to reopen Nottingham Christmas Market this year.”

The statement added that protocols had been followed and officials wanted the event to go ahead as traders had suffered an ‘incredibly difficult year.’

“I’ve pumped a lot of time and a lot of effort and money into this. I’ve dropped other work and other events to come here and now everything’s gone, ” he said.

Nottinghamshire residents, on Twitter, responded to the news of the closure with anger as they asked why the council allowed it to go ahead.

Ian Green wrote; ”Too little too late, obviously, the council wasn’t bothered about this city trying to get out of tier 3, and put wealth before health, absolute shambles.”

Matt McFarlane said; ”Good decision. Still don’t know why you couldn’t have foreseen this – but at least you have made the right decision now. (I dread to think of the cost involved).”

Nottingham City Council and The Mellors Group went on to say; ”The decision to go ahead with the market was not taken lightly nor has the decision to close.”

”We’re sorry it has not worked out”