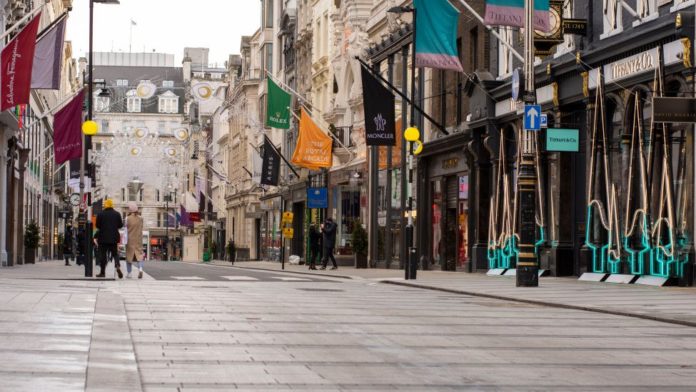 Newham reported the highest number of coronavirus cases in London in the second week of January 2021, with 1,406 cases per 100,000.

The Mayor of London deemed the situation “out of control” and says that the NHS is overwhelmed. With a major incident being declared in the capital, fears are growing that case numbers are likely to be much higher due to minor cases and asymptomatic people often not being tested.

Gino, an independent hairdresser in central London, says he has been hit especially hard by the pandemic after having to close for three separate long term periods totalling over three months. He explains that the economic impact on his business is not only a result of the lockdown but also the lack of international businessmen who would usually visit his hairdressers when travelling from overseas for work.

“ONE IN FIVE OF US is FINDING OURSELVES drinking more in lockdown”
Dr Richard Piper, Alcohol chanGe uk

Three-quarters of adults within the UK feel at least a moderate level of concern about the effects that COVID-19 will have on their lives. Key factors for the concern were loneliness and job uncertainty.

In a study conducted by the University of Glasgow during the first lockdown, it was shown that suicidal thoughts tendencies in young people had risen from 12.5% to 14% and the research states that the rise in mental health issues should be seen as deeply concerning due to the short period of time in which the study took place (from March 31 to May 11 2020).

Many people have turned to alcohol in order to combat their loneliness and feelings of hopelessness throughout the pandemic.

Alcohol has a direct link to poor mental health and, paired with other factors resulting from the pandemic, results could be catastrophic.

Dr Richard Piper, chief executive of Alcohol Change UK, states that “more than one in five of us is finding ourselves drinking more in lockdown” and that as alcohol is seen as a stress reliever it is “not surprising that we may find ourselves reaching for a drink more often”.

The British Liver Trust has said that there may be tens of thousands more cases of liver disease in 2021 as a result of COVID-19.