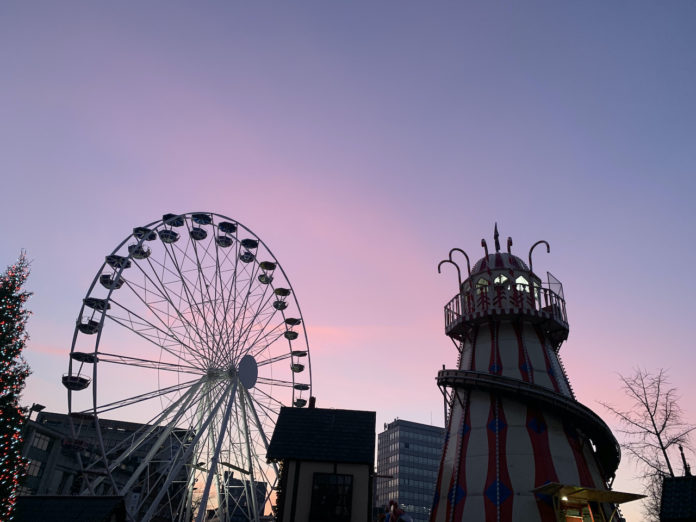 One day after the opening of Nottingham’s annual Christmas Market, concerns over the spread of Coronavirus has forced it to close for the rest of the year.

The Christmas Market opened on Saturday, with a carousel, a big wheel as well as food and gift stalls. 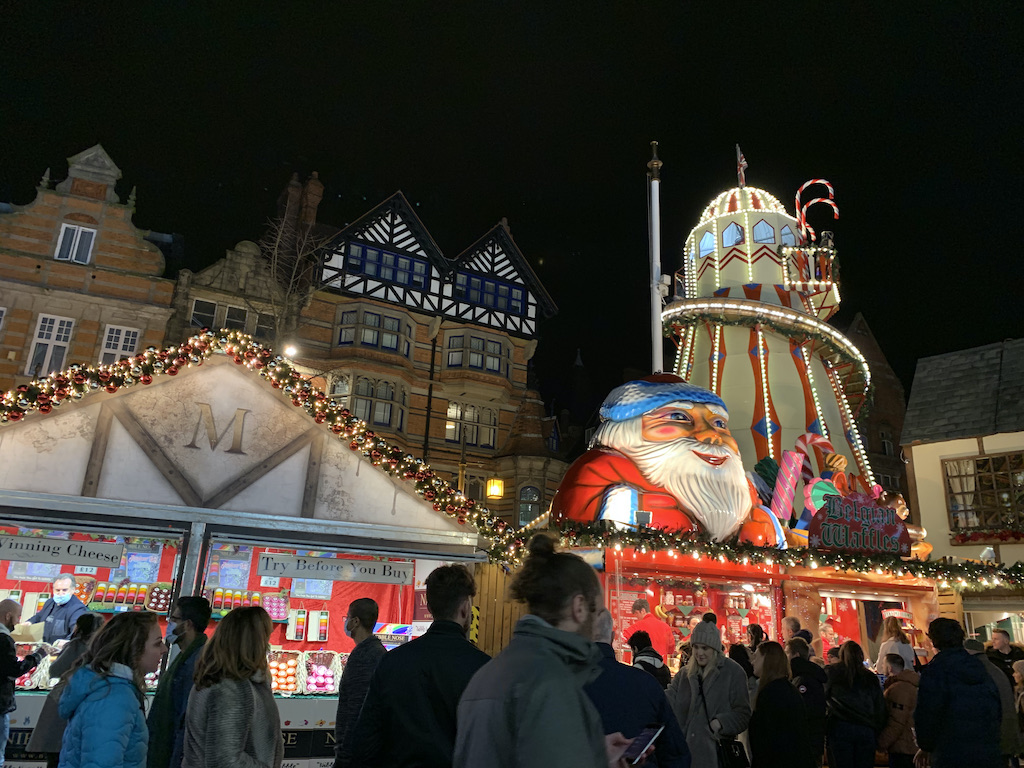 Initially the Organisers, Mellors Group announced a temporary closure of the Market due to “unprecedented footfall” after hundreds of people were seen gathering in Old Market Square throughout the day on Saturday with a lack of social distancing, despite being under Tier 3 Restrictions. 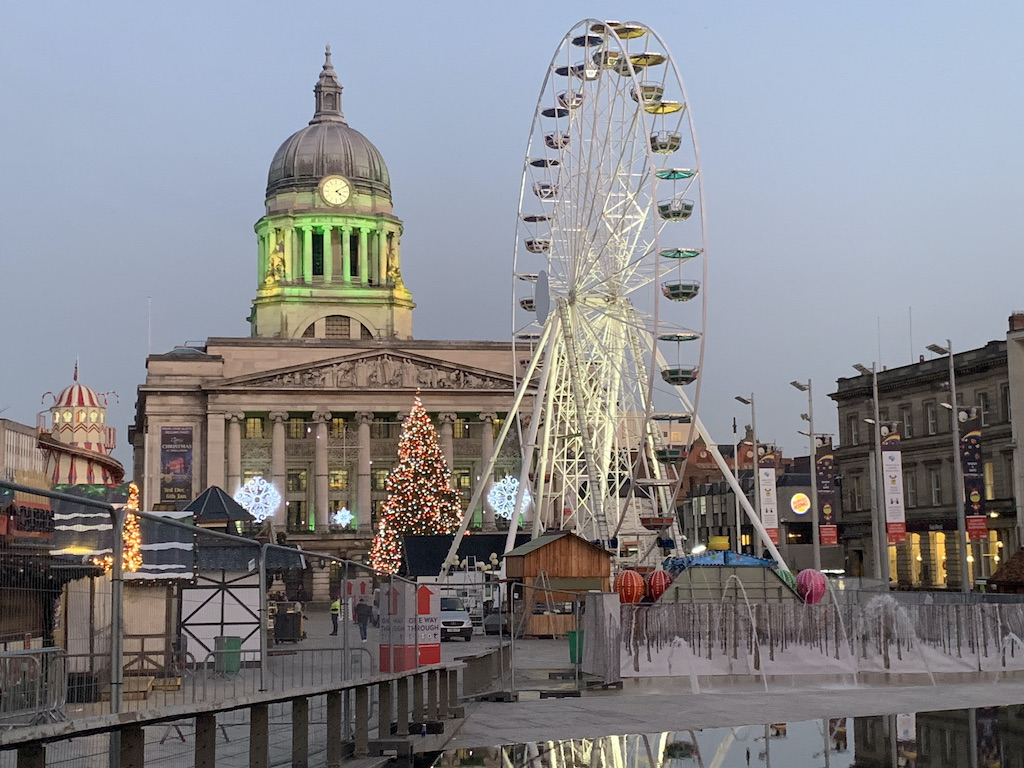 On Sunday evening, just hours after the announcement of the Market temporarily closing, the Mellors Group and Nottingham City Council issued a statement to confirm that the market would not reopen.

“Following ongoing meetings, including observing strong city centre footfall, we have made a joint decision not to reopen this year.” – Mellors Group and Nottingham City Council 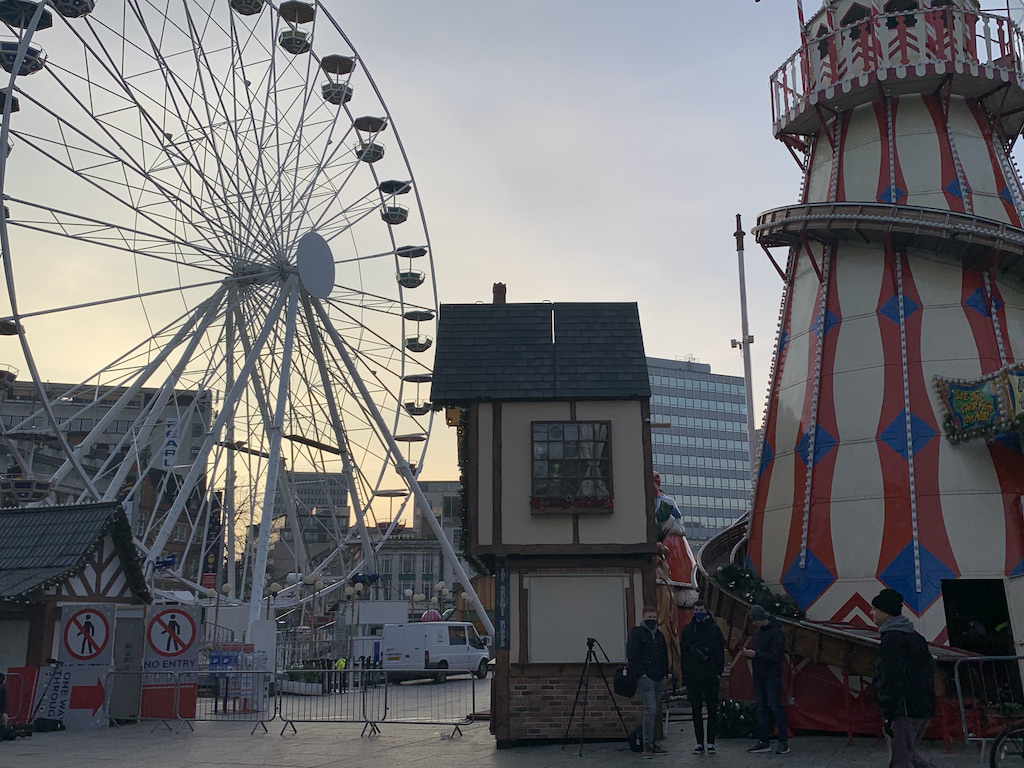 Nottingham City Council and the Mellors Group also said “We know this will be very disappointing for many local people who were looking forward to visiting and for the stall holders, many of them local, for whom this was a vital opportunity to trade in what has been an incredibly difficult year.”

On Monday, December 7th, stalls were seen boarded up, with store-holders packing away their unused stock. 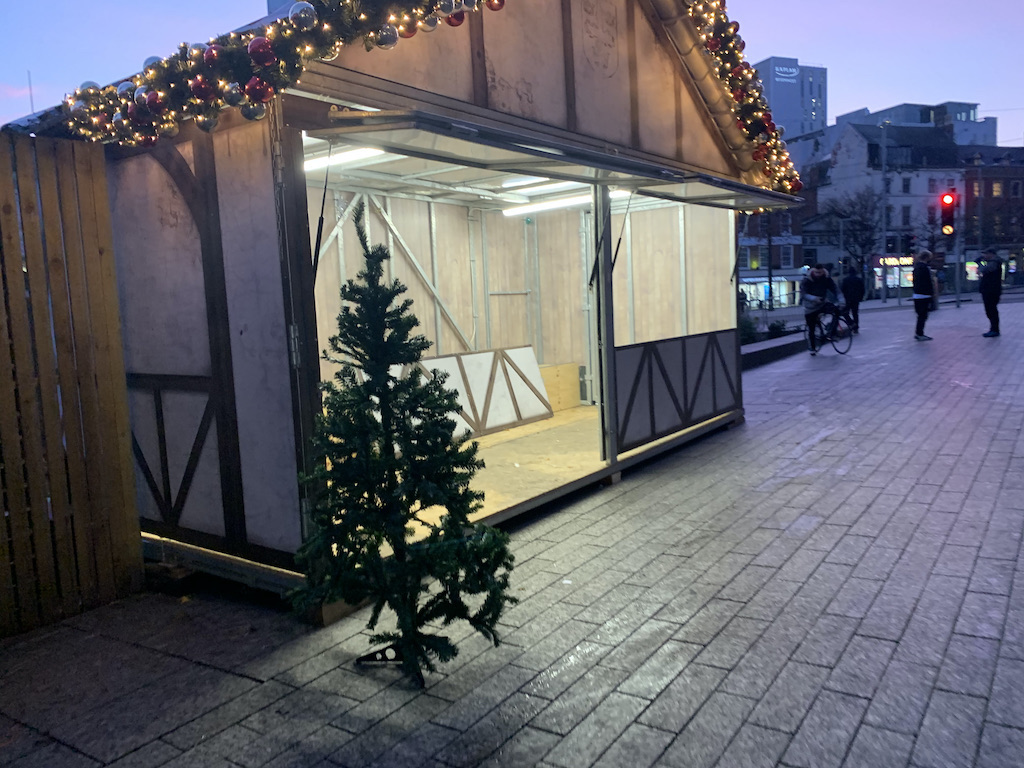 A store-holder working at the Market told CBJ News:

One shopper, Linda Samuels, from Mansfield, said she “wasn’t surprised” that the Market closed so early and that it was “bound to happen”.

She also told CBJ News, “It was completely chaotic. There was no social distancing whatsoever and just wasn’t safe for it to carry on”

Nottinghamshire Police confirmed that officers were patrolling the Market throughout the day on Saturday, on security measures.

They said that they had “a range of different specialisms including armed foot patrols, neighbourhood, response and proactive officers working hard in plain sight and in the background.”

Pictures showed hundreds of people gathering at Old Market Square to see the attractions on Saturday. 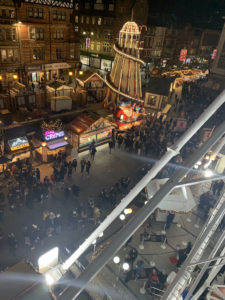 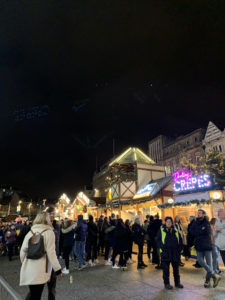 The city centre has been placed under Tier 3 restrictions – the strictest measures – after the four-week national lockdown in England ended on 2nd December.